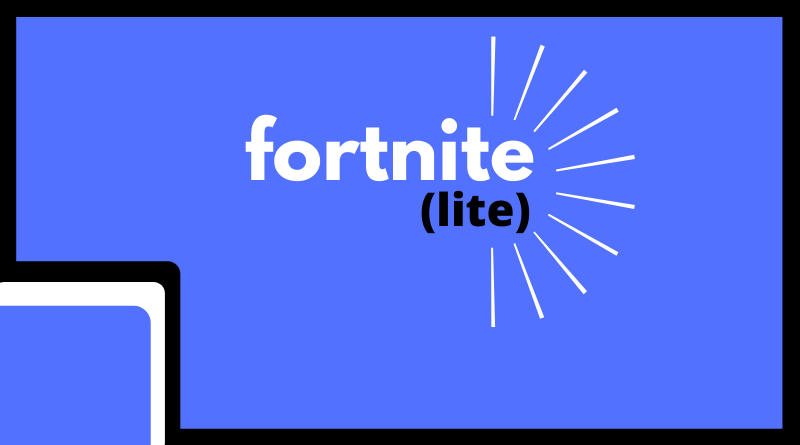 Quick answer: Yes, you can play Fortnite on the Switch Lite. As with other platforms, the game is free. The only differences between playing on the Lite versus the regular Switch lie in the disparity of features. Find out how the two versions compare below.

Enough players to support playing video games as a job and an unending influx of updates, Fortnite still remains as one of the most popular games on the market.

It also happens to be legitimately fun while catering to many different gaming tastes.

While Epic’s support for the game is no doubt a big reason why it continues to thrive, the company’s commitment to most platforms is also a major contributor.

Among them is Nintendo’s dominant hybrid console and if you own the Switch Lite variant then you’ll be pleased to know that you can also play Fortnite.

The Fortnite experience on original Switch vs Switch Lite

The original Switch and Switch Lite are nearly identical from a performance standpoint. This means that you will not be at a gameplay disadvantage when it comes to things like framerate (both versions run at 30 fps). There are, however, other technical differences that will change the gameplay experience on the Switch Lite.

Many players have taken notice to the Switch’s technical shortcomings and there’s even a petition to bring Fortnite up to 60 FPS in favor of better looking graphics.

For one, the Switch Lite lacks HD Rumble. This means you won’t get the satisfying crunchy feedback when doing things like shooting, gathering materials, and swimming. It is nice, but mostly superficial.

Another technical difference – one that does create a small disadvantage – is the Switch Lite’s smaller screen size. Naturally, it will be the tiniest bit more difficult to make out enemies and objects (especially when stacked against the abundant pop-in seen in the Switch version).

Other notable gaming franchises created by Epic Games include Unreal Tournament and Gears of War. They’re also the makers of the wildly popular Unreal Engine.

The difference in size can also be a blessing or a curse as far as controls go. Playing in handheld on the original switch can already be cramp inducing for many, and the smaller ergonomics of the Lite will only magnify that. Controlling via handheld is already more difficult due to the analog sticks built into the system. Thankfully, the Lite also features motion controls (supported by Fortnite) for those who have difficulties with the dual analog setup.

One issue to look out for, brought by Nintendo’s controller implementation, is the introduction of Joy-Con drift. Something that has come up for many owners of the original console, the problem still persists in the Lite revision. Due to using non-detachable Joy-Cons, fixing the issue is much more of a hassle if it ends up being something that agitates you to no end.

The biggest detriment to gameplay is due to the handheld nature of the system. All things being equal, you simply can’t compete against those playing on a big screen and using a Pro controller. Playing the Switch docked allows players a greater degree of perception that will always be missing in the handheld experience. The Pro controller, when used in tandem with a TV, provides ergonomics that can’t be touched by either the original Switch or Switch Lite’s handheld control setup.

Just as those playing with an Xbox one or PS4 controller, the Pro controller offers players the fine control necessary see some of Fortnite’s trickier moments through.

In the end, due to the implementation of Fortnite’s MMR like ranking system, you’re always going to be facing opponents within your relative skill range. You can play with those on systems like the PS4, Xbox One, and PC, but as long as your party is made up of Switch players, you’ll never be forced to.

Is Fortnite worth playing on the Switch Lite?

In my experience, the Switch Lite is absolutely fine for playing Fortnite. As long as your hands aren’t too big, don’t cramp too easily, and you aren’t hyper competitive, you’ll have tons of fun on the system. If you haven’t already purchased the console, you might want to test it out beforehand just to see how it feels in terms of ergonomics.

Yes, HD Rumble is great and so too is the ability to play on the big screen, but there’s nothing better than laying comfortably in bed or on the couch while playing in handheld mode. You’re probably not going to be the next Twitch sensation, but for casual fun it can’t be beat (it’s also way more enjoyable than mobile).

I have more experience playing the original Switch in handheld mode, but apart from the occasional misdirected outburst, it’s a nice change of pace. At the end of the day, you aren’t going to be cut off from any of the features that make the game uniquely Fortnite.