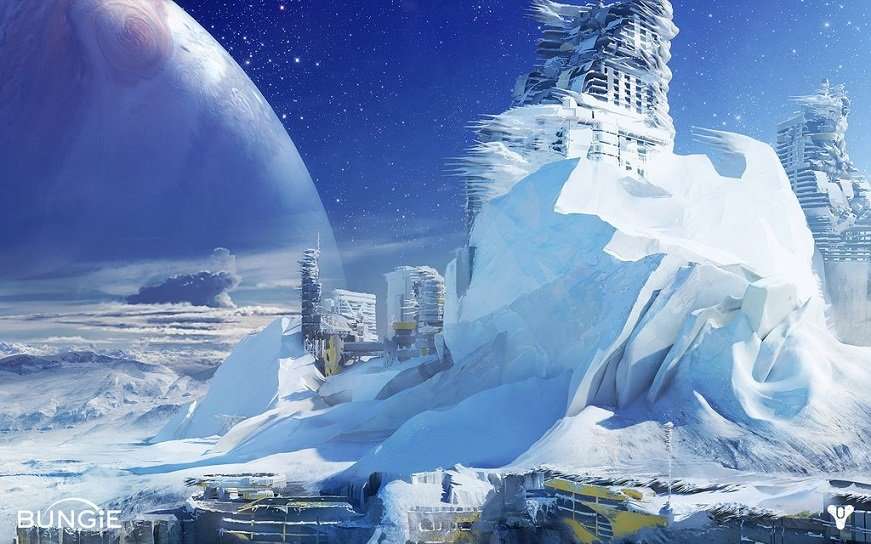 Initially released in 2014, Destiny was a massive commercial success from the start and spawned an unstoppable infatuation with the shared world shooter genre, a twist on old roots that publishers are still chasing to this day.

While the vanilla version of Bungie’s follow up to the Halo franchise was marked with countless flaws, it was also something players could lose hundreds of hours to alongside friends.

For many, it was the first taste of an MMO-esque formula, and the endless hunt for loot both competitively and cooperatively left millions wanting more. Below are some of the best games like Destiny and Destiny 2 to while you wait out a lull in content (or maybe you’re finally ready to move on).

Available on: PC, PS4, Xbox One

Ubisoft’s first foray into the looter shooter genre, like Destiny, was initially filled with puzzling design choices. It’s a good thing Massive didn’t put The Division out of its misery because it has come a long way in terms of creating compelling systems, and ultimately, allows for a great deal of reward.

It has always had a loyal following but a massive free update helped reinvigorate the game for those endlessly grinding, as well as newcomers to the series. You can find The Division for a great price these days, and with The Division 2 coming out next year, now is the perfect time to jump in.

While certainly not a shooter, there’s no doubt Diablo 3 helped proliferate an interest in loot games for millions of PS4 and Xbox One players.

In Diablo 3, players take on hellacious creatures in an isometric view using abilities that are bolstered by gear (loot) drops.

It has loot tiers that you know and love from Destiny (common vs legendary) along with many paths towards truly satisfying progression and build customization. Whether you’re looking to casually burn time or tirelessly min max your builds, Diablo 3 is an all around great time.

It also offers one of the best couch coop experiences on consoles.

Available on: PC, PS4, Xbox One

Borderlands 2 was originally released last generation, but its repackaging in The Handsome Collection is worth a look for any Destiny fan that might have missed it.

The Borderlands series is without a doubt one of Bungie’s major inspirations, and Borderlands 2 was the game to popularize a “first person Diablo” experience.

It’s humor can be off putting to some, and the game is certainly more bombastic than Destiny, but if the prospect of finding truly game changing guns sounds appealing to you then it’s one to consider.

Available on: PC, Xbox One, and coming soon to PS4

Where Diablo 3 strives for a streamlined experience, Grinding Gear Games’ Path of Exile pursues utter depth with its RPG and loot systems.

Largely inspired by Diablo 2, it’s a game that is incredibly rewarding, but make no mistake, it can sap the entirety of your free time with ease.

Path of Exile is an essential pick for those that can appreciate complexity in RPG’s and love games with high replay value. It doesn’t hurt that the game is free and enjoys regular expansions to the base game.

Available on: PC, Xbox One, PS4

While not a problem for all Destiny players, many fans felt betrayed by Destiny 2’s oversimplification of RPG and loot systems, something that was already streamlined in the first game.

Monster Hunter: World, while polishing the experience of its predecessors, offered Destiny veterans an experience that allowed them to flourish. I even wrote an article talking about the distinction between the two looters.

Pick this up if the idea of Dark Souls-esque combat mixed with tons of build diversity and a thrilling loot chase sounds like a good time.

Developer Digital Extremes has been hard at work refining and bolstering the Warframe experience over the last 5 years, and the fruits of their labor can be enjoyed without spending a dime.

At its heart, Warframe is a game that puts an emphasis on frenetic gameplay and a near endless loop of looting.

It’s a game that rivals Path of Exile as one of the best free to play games on the market, and the developer’s commitment to providing value to the player base has ensured its relevance within the increasingly suffocating gaming market.

Own a Switch? If you’re someone that prefers the portable experience offered by Nintendo’s hybrid console, you’ll be happy to know that the game is officially available.

The original Destiny embedded the idea of the shared world shooter genre in the minds of millions, and the titans of publishing have been scrapping for a substantial piece of market share ever since.

Look below for known quantities as far as upcoming games similar to Destiny.

Anthem is Bioware’s answer to the looter shooter craze, and an entry that could very well make or break the studio.

As many remember, Bioware’s latest entry in the Mass Effect series, Mass Effect Andromeda, was a major miss for the studio.

The saving grace for Anthem is that it is developed by the Bioware studio that developed the original Mass Effect trilogy, Bioware Edmonton. The studio behind Andromeda, Bioware Montreal, is now defunct.

Anthem most definitely looks to have potential – it’s visually appealing, allows for Iron Man-esque traversal, and overall, puts a fairly unique twist on the formula. The depth, on the other hand, is still to be seen.

And this is what makes or breaks a game like this for those who are most invested in the genre.

The fact that Casey Hudson, executive producer of the original Mass Effect trilogy, is the project lead for the ambitious new IP does bring hope to Bioware’s ability to bring the magic.

Despite a rocky launch period much like Destiny, The Division ultimately flourished into a looter that attracted a very healthy playerbase.

Ubisoft is looking to capitalize on the strides the franchise has taken with the release of The Division 2 on March 15, 2019. They’ve also put a lot of thought into some of the biggest sores of the shared world shooter genre: end game content and the continued cost of playing games like Destiny.

Massive Entertainment has made it clear that they are putting end game first, the portion of the game that invested players find themselves in the most. Bungie has also recently made strides in this regard with the release of the Forsaken expansion.

But what really separates The Division 2 from the rest, at least at this point, is its willingness to offer a free rollout of DLC and expansions for at least one year.

It’s anybody’s guess as to who will take the biggest piece of the pie, but Ubisoft’s dedication to righting the biggest flounders within the genre won’t go unnoticed by lovers of loot.

After the success of the first two Borderlands games, there was never any doubt that the third entry was coming. Earlier this year, it was essentially confirmed that Borderlands 3 is under development by Scott Pytlik, director of communications at 2K Games.

Some speculate that it will release in 2019 due to comments made by Take-Two CEO Strauss Zelnick. Some thought it would be out by now. Whatever the case, it’s safe to assume that the highly anticipated looter shooter will release by the time next gen rolls around.

Borderlands 2 showed that millions of players were thirsty for an FPS Diablo, and one could argue it paved the way for the Destiny franchise. The million dollar question is this, will Borderlands 3 stay true to the series’ roots? Or will it widen to become another MMO-lite?

The dam will break soon enough as it’s been quite a while since Borderlands 2.

Coming to: PS4, Xbox One, PC, and possibly next-gen

No matter the consistency at which the state of Destiny emulates a heart rhythm, there’s always more on the horizon. You just don’t stop the 10 year plan.

If recent reddit leaks are to be believed, it will most likely launch around 2020 at the earliest.

AnonTheNine, reddit leaker, has stated that we can expect Destiny 3 to be even more hardcore than Forsaken, contain much more RPG elements, will feature Europa as a location, and will have PvPvE patrol zones.

Chris Barrett will also take the place of Luke Smith as the game director for Destiny 3. Luke Smith was the director for vanilla Destiny 2 and brought players the universally praised Vault of Glass raid.

Activision has recently stated that it was unimpressed with the success of the Forsaken expansion and, despite its quality, it’s easy to see why many players wouldn’t want to return to a franchise that has thrown salt to the wound many times.

The recent reddit leaks bring hype fueled anticipation for what Destiny 3 has to offer, but that’s what Bungie is best at, leading players down a path of vague promises and upcoming features.

It really would be something to see a Destiny release to come out swinging right at launch, it’s hard to deny this much.

Have any games to add to the list? Let us know below.