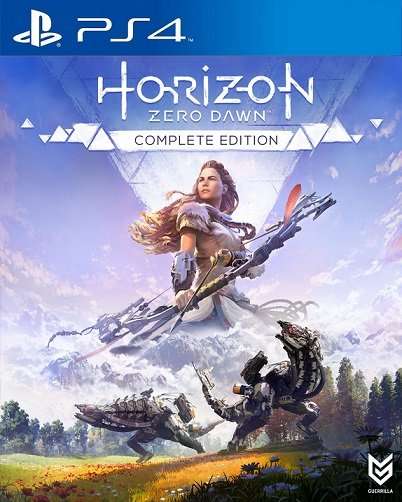 Horizon Zero Dawn offered one of the most novel concepts in 2017 and delivered an experience that has truly stacked up against the heavy hitters of this year.

Who can’t get behind robotic dinosaurs grounded in an organic backdrop, all the while taking place in a gorgeous, tribal world?

The Frozen Wilds, the first follow up expansion to the game, has continued the trend with an entirely new area, enemies, and narrative for players to uncover.

Have an HDR capable TV? Horizon Zero Dawn has one of the best implementations of HDR on the system.

I personally adored Horizon Zero Dawn and consider it one of my favorite games of 2017, maybe even of all time. It is the epitome of a quality PlayStation exclusive and it’s amazing to see it’s done incredibly well sales wise for a new IP, selling over 3.4 million copies to date.

I’ve yet to play The Frozen Wilds but players and critics alike have praised it as a worthy extension to the jaw dropping journey of discovery that was the original. Since its release on November 7th, The Frozen Wilds has secured a metacritic score of 83.

The great thing about the complete edition of Horizon Zero Dawn, apart from being one of the best PS4 exclusives, is the fact that it can be bought for a cheaper price than what the original release retailed for.

Check it out if the idea of a compelling sci fi narrative, robotic dinosaurs, female lead, and some of the best graphics in any game, on any console, sounds interesting to you. 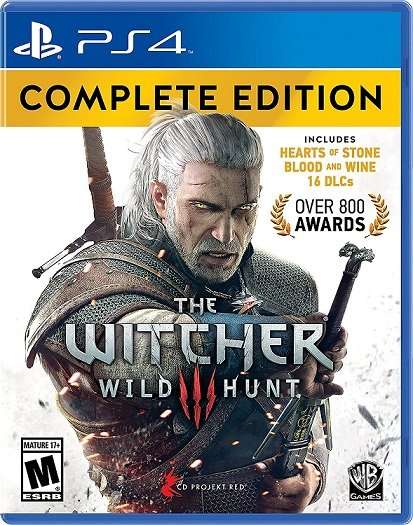 The Witcher 3, developed by CD Projekt Red, is hands down the best open world RPG on the PS4 right now despite releasing more than 2 years ago. And the fact that you get all the DLC and expansions on disc when buying the complete edition makes the deal all the sweeter.

It may not surpass what is humanly possible in terms of quality as some players would have you believe, but you would be doing yourself a disservice in giving it a pass if you have even the slightest inclination towards fantasy, narrative, and open world design done right.

No, the combat in Wild Hunt doesn’t stack up games that have mastered gameplay such as Bloodborne, but it more than makes up for it with its dense, lived in world and rich webs of narrative.

The game simply suffocates the player with interesting quests, characters, stories, and world building in the best possible way.

The Witcher 3 packs a punch right down to the most mundane of quests with interesting and rewarding narrative. The sense of detachment from the gamification of narrative in the context of questing isn’t something you have to worry about with Wild Hunt.

And the 2 expansions to The Witcher 3, Blood and Wind and Hearts of Stone, both maintain a level of quality missing from many full priced games these days. The expansions secured a metacritic score of 91 and 90 respectively.

Even if you aren’t the completionist type you will easily surpass 100 hours of gameplay when accounting for the base game and expansions. And if you are the type of player who likes to do as much as possible you’ll be playing for months on end.

The Witcher 3: Wild Hunt Complete Edition is an excellent jumping in point for those looking for an infinitely dense experience, ripe with quality, included all on one disc. 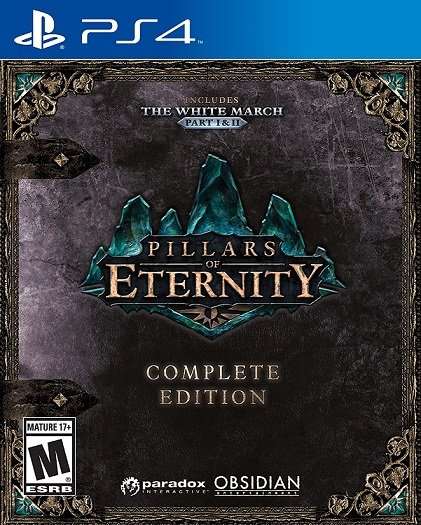 Pillars of Eternity is an isometric RPG that takes inspiration from the days of classic CRPG’s on the PC platform. The genre has made a comeback the past few years with titles such as Divinity: Original Sin, Torment: Tides of Numenera, and Shadowrun: Hong Kong releasing on the PC.

And now, the genre has slipped onto the console scene with games such as Pillars of Eternity and Divinity: Original Sin making their reformulated appearance on the Xbox One and PS4.

What you need to know about Pillars of Eternity is that it is role playing in its purest form, complete with class based gameplay, interesting narrative, and venturing forth with a party of followers into the lands of Dyrwood.

The best part about this PS4 port is that it works incredibly well with a controller. This started as a PC oriented title and so it’s great to see the transition to consoles went smoothly.

If you’re a fan of true role playing where your decisions make an impact, wrapped in a fantasy premise, then Pillars of Eternity could be right up your alley.

Bloodborne: Game of the Year Edition 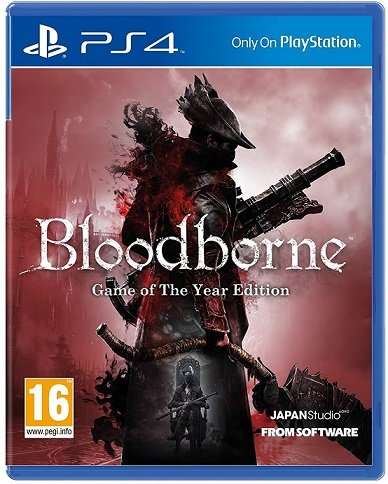 Bloodborne is considered by many to be the absolute best PS4 exclusive and all you have to do is look at the pedigree of From Software, developers of the game, to understand why.

These are the people that have brought us cult hits like Demon Souls and the Dark Souls trilogy. And with Bloodborne, they kept much of what made those games so engrossing while adding fundamental tweaks that worked very well.

Bloodborne excels in its visceral and dexterous combat, much like previous Souls games, but also significantly speeds up the gameplay loop with the removal of shields and the inclusion of the dash.

There’s not turtling in Bloodborne which makes combat with mobs and boss battles of unhinged ascension all the more exciting. Not to mention the incredible atmosphere invoked through the Victorian Gothic setting and Lovecraftian cosmic horrors on display.

The first and only expansion to Bloodborne, The Old Hunters, extends this level of triumphant quality with new areas and new bosses to induce those lovely adrenaline shakes, exalted in part through disbelief.

Many know the thrill of one on one adversarial boss battles through timeless franchises like Zelda, but make no mistake, Bloodborne and the Souls series in general takes the cohesion of responsiveness, combat mechanics, and risk vs reward to a level of perfection.

The Old Hunters is included on disc but there is one caveat: you’ll need to buy the UK version. The upside is that you can find it on Amazon and the game is region free, only requiring you to use a UK PSN account which you can do for free.

Give Bloodborne a shot if you’re open to epic boss battles, Lovecraft inspired horror, and very challenging gameplay. Everything in this game is fair but that doesn’t mean it can’t be damn hard at times, so you need to be fine with giving certain sections multiple runs, especially if you’ve never played this sort of game.

If you stick with it you will be rewarded greatly.

Also be sure to check out Dark Souls 3: The Fire Fades Edition and Dark Souls 2: Scholar of the First Sin if Souls games sound interesting to you. Both entries include all DLC on disc.

Above are some of our favorite PS4 titles that have all DLC on disc but there’s a few more complete and GOTY editions that include all additional content in one package.

The following games offer all DLC on disc:

Don’t see a PS4 game that you know has DLC on disc? Let us know in the comments.