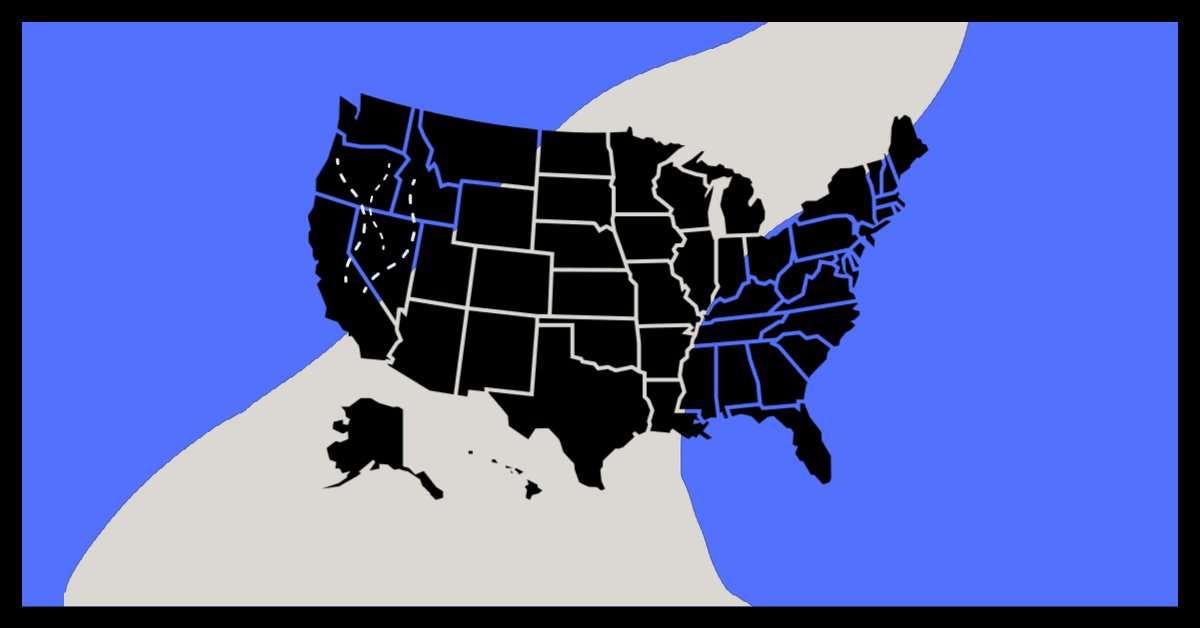 Why do people play Truck Simulator?

If you go digging around – whether on Reddit or the official community – you’ll find that the reasons for playing are various. But there does seem to be a regular theme of relaxation and it’s one that I can attest to.

My prior enjoyment of arcade and sim racers mixed with an appreciation for physics based simulation definitely created an initial draw to American Truck Simulator, but it’s the zen that’s made it oddly satisfying thus far.

The graphics are dated (although an overhaul is in the works) and the recreation of the various states is hardly as profound as what is found in Microsoft Flight Simulator. But it’s also an older title (Euro Truck Simulator is even older) and, more importantly, it doesn’t matter.

What’s there is more than enough for the anxiety busting gameplay it offers and its vistas just as immersive as they need to be. The freedom of American Truck Simulator also allows the perfect flexibility in terms of gameplay sessions. It is, without a doubt, the perfect “pick up and play” video game.

I’d call it the game you didn’t know you wanted but it’s still very much a niche title. I’m not sure the appeal would be there if you’re someone who doesn’t already enjoy driving in video games. Where driving titles are already a few steps away from mainstream appeal these days, a game about driving a big rig is entirely in left field.

The good news is that for those of us that find relaxation in the gentle sounds, sights, and general monotony, SCS Software is deeply committed to constant attention towards both Truck Simulator games.

Unrelenting popularity among its loyal

While certainly niche in the context of titles like Call of Duty and Cyberpunk 2077, American Truck Simulator has done quite well for itself. According to steamspy, there are between 2 and 5 million owners on Steam. What’s more impressive is that all these years later, the game enjoys a constant number of concurrent users.

I think the main reason for this is SCS Software’s ability to appeal to the sensibilities of both games’ demographic and that of the PC landscape at large. Neither of these games are a one and done type of experience. Euro Truck Simulator dates back nearly 10 years and both series enjoy constant content additions and community engagement.

Since launch, American Truck Simulator has expanded its reach to states such as:

It’s recently been announced that Wyoming is in the works as well. There’s never any doubt of more to come and with the regularity of Steam sales almost all can be bought for cheap. In short, the value proposition is immense.

Not least of all, the overall experience is nothing if not reliable. I’ve yet to put in anywhere near the amount of time as series veterans, but my time with the game has been smooth sailing for the most part. It’s older, yes, but my configuration (1050 Ti | i5 8300H | 8 gigs of RAM) has rarely run into issues.

There’s something to be said about a game that gives the fundamentals as much attention as additional content.

The paradox of simulation

The Truck Simulator series, like others in the simulation series, offers the enticing entanglement of familiarity and unknown.

Any particular haul has the propensity to be relaxing, but there’s also a very real sense of control and exploration threading the ride.

The prospect can sound boring for some, but for others, myself included, it’s a way of experiencing something rooted in the real world while mastering its systems in a way the real world cannot offer.

I have a passing interest of the trucking experience but I most likely won’t make the pivot towards the career. Truck Simulator is an approximation, but one that creates an interest in the industry that might not be there otherwise. It may not look as good as edge cases of the industry like Red Dead Redemption 2, but exploring the vastness of the open roads is still fantastic.

And this is why this type of experience is so important to the industry despite it not being central to spending or consumer interest.