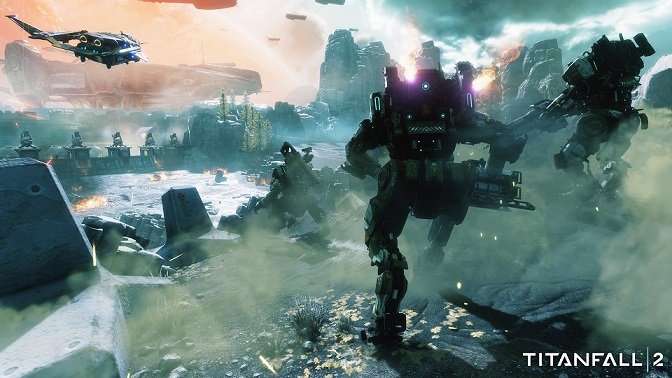 Yesterday it was announced that Respawn Entertainment, the developer behind the mech laden Titanfall franchise, will be acquired by EA for as much as $455 million.

It’s not an entire shock to the senses as Titanfall 2 reportedly did not meet sales expectations. While critically praised by large media outlets such as IGN and Gamespot, Titanfall 2 was heavily marked down in price just a few short months after release.

And so the Titanfall franchise with soon join the likes of EA owned FPS behemoths like Battlefield and Battlefront. This triple threat is certainly great for the publishing giant but what will it mean for Respawn exactly?

The biggest and most pertinent issue of this buy out is the potential for Respawn to be eviscerated at a later date. Vince Zampella, CEO of Respawn Entertainment, posted a letter to the public yesterday stating that the future is bright and that there are swaths of future potential at the hands of newfound resources.

But this is hardly reassuring as at least 12 studios have been run into the ground and subsequently shut down by EA some time after acquisition. Kotaku has a handy list of 11 studios shut down and with the recent news of Visceral Games that’s another added to the pile of studios sullied and squandered in the name of EA’s overall market trajectory.

Studios shut down by Electronic Arts include:

It’s no surprise that the internet has taken to a bit of a freak out concerning the acquisition. The potential for yet another close is certainly there and it isn’t as though it hasn’t happened in the past. Electronic Arts has been around this block at least a dozen times.

And the alternative to this grim path isn’t much brighter. EA as a studio generates massive amounts of money via microtransactions. Yes, Titanfall 2 already featured a fair amount of these.

But the implementation of said microtransactions were generally fair, unobtrusive, and were not predatory. In essence, it was in total defiance of the loot box craze while still delivering regular free content updates such as maps and modes.

I cannot be so sure that Titanfall 3 will continue this same trend. If you’ve been keeping tabs on Battlefront 2 then you know that it not only features loot boxes, but loot boxes that actually influence the game.

This is Star Wars we’re talking about. It isn’t as though this is a franchise that needs bolstering when it comes to revenue. And yet, it is now included with veracity in the second installment.

So what will become of Titanfall 3 within the context of microtransaction implementation? The second installment is already known to have under performed.

And with the death grip soon to take effect, what’s to stop EA from nudging Respawn’s mechanics and systems in such a way that allows for maximum revenue per user.

Would this be inevitable without yesterday’s acquisition? Perhaps. It’s just that now there is absolutely no doubt that EA will do what it can to influence future productions to meet projections.

There is always the possibility of a middle ground or maybe even bright and ever lasting sunny days. It’s just hard to meet this alignment when past and present paint a much more sinister picture.