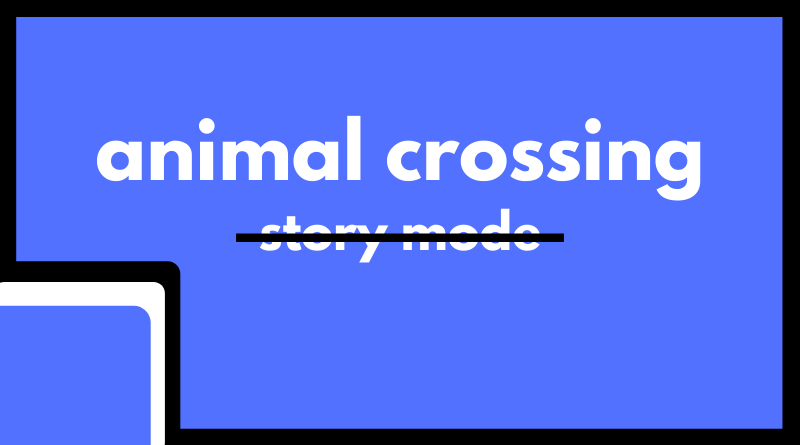 Quick answer: No, Animal Crossing: New Horizons does not have a story mode in the strictest sense. The game falls under the umbrella of the life sim genre. Most of what you buy, find, create, and do is on your own terms.

Whether you’re playing on Xbox One, PS4, or Switch, games typically fall into one of two categories – narrative based or multiplayer focused experiences. Animal Crossing: New Horizons, a game that has lit the world on fire in these off kilter times, bucks this trend. Similar to Minecraft or The Sims, Animal Crossing is absent of a well defined story mode. Instead, the crux of the game is personal expression, progression, and finding a way of (virtual) life that works for you.

There are goals to strive towards – collecting wild life, digging up fossils, attaining a good rating for your island, and amassing items to name a few – but the bulk of the experience is in daily living. There is no right or wrong way to play Animal Crossing. The story of the game, if you can call it that, is ultimately the unique evolution of your character, villagers, home, and island.

If the idea of subtle spontaneity and finding your own fun, often times incredibly relaxing, over an extended period of time sounds appealing to you, then AC:NH is your game. On the other hand, if you’re someone who needs well written storylines like those offered in Red Dead Redemption 2, Horizon: Zero Dawn, and The Last of Us to keep you interested, Animal Crossing most likely isn’t the right fit.

Don’t get it twisted, there’s a lot of fun packed into Animal Crossing: New Horizons and it can easily surpass the meatiest of single player games when it comes to the amount of playtime you can get out of it. It’s somewhat of a linear game while unlocking things, but soon enough opens up into something far more open ended. If it clicks with you, you’ll be playing it indefinitely.

I’ve clocked in nearly 70 hours and there’s no end in sight. New Horizons is at once a creative outlet, charming, and there to soothe you so long as you don’t “gamify” the experience too much. You may find yourself stuffed on the experience at times, but sooner or later you’ll find your way back. In no way does the lack of a story mode hinder the game.

You’ll also find that, despite lacking a real narrative, Animal Crossing offers tons of quirky dialogue to dig into. The island getaway backdrop is yours to do as you please with, but you’ll be living alongside various animal neighbors. Each of them has their own personality and way of expressing themselves which offer daily, albeit bite sized, stories of their own.

Based on my experience with Wild World, New Leaf, and New Horizons, I’d go so far as saying that a story mode would be a detriment to the overall experience. The goals you strive towards, whether personal or manufactured by the game, are more than enough to guide the experience. At its heart, the Animal Crossing series is best when its loose and undefined.