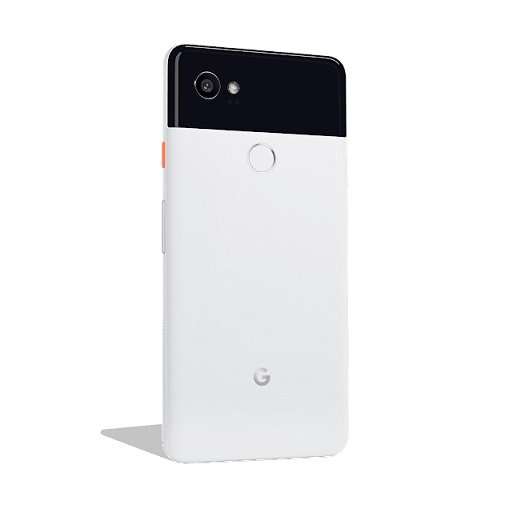 It turns out that for all the care and attention you throw at an expensive modern smartphone, there’s always technological quirks right around the corner to provide free, and endless frustration.

For me, it’s a bug surrounding my Galaxy S7 that prevents cable charging due to a moisture detected message, and the irritation provided knows no bounds. It’s the reason I’ve been eyeing up the Google Pixel 3 as a possible candidate for a new phone, provided the issue doesn’t correct itself or I can’t troubleshoot it into oblivion.

It’s not the only reason the Pixel 3 looks so tempting, others include becoming fed up with the dreaded Samsung lag over time, Samsung’s slow updates, and an interest in experiencing a pure Android experience, or Android’s iPhone as I like to call it.

In the meantime I’ll be making due with wireless charging, and idealizing the perfect scenario for Google’s upcoming flagship.

It’s in the Name

Simply put, the screen issues surrounding the Pixel 2 were off putting. I remember asking my brother why he hadn’t chosen the Pixel 2 XL as his next phone, instead opting for the S8 Plus, and even he knew what was up concerning less than stellar quality control.

But it’s not just the quality control that Google needs to get ahead of, I’d like to see them make the move to OLED.

For a phone with a best in class camera, it’s a twisted paradox to not have a beautiful display. Others, like Samsung, have been in the OLED game for quite some time and I think we’d all love Google getting there too, provided the quality is there.

A bump in resolution would also be nice, as would a slight increase in size for the Pixel 3 XL. My Galaxy S7’s screen, while not bad by any stretch, leads me to want much more screen real estate for my next phone, especially since I tend to write and watch YouTube on it.

This is another area where Google simply falters, and wireless charging is simply too convenient to bow down to omission in 2018.

It’s crazy to think that even Apple is including wireless charging in their newest iPhones, and Google, the overseer of Android phones, is not including the feature, seen in Galaxy phones 3 generations ago, is not.

The craziest part? Google once included the technology in earlier versions of their phones, namely the Nexus 5.

To the best of my knowledge, Google’s Daydream initiative works independently of its Pixel lineup, but the two working together, and a greater push for the technology, is what I would like to see.

My first experience with virtual reality was with Gear VR on my s7, and while its easy to see that the technology has a ways to go, it was still very enjoyable. The only way for this technology to advance is for companies like Google to continue their efforts and refine what’s already there.

Millions aren’t going to go out and purchase a 300 dollar PS4 and a 300 dollar PSVR kit, but they might be open to plugging into an affordable accessory that works seamlessly with their phone, something they’re already using everyday.

A constant source of disappointment when looking into the latest smartphone releases is the balance between audio quality through headphones and…everything else.

The phones that have a great DAC and amplifier fall apart in every other regard, and the phones that don’t stack up have mediocre sound quality.

That’s not even considering an overwhelming amount of phones that don’t include a headphone jack to begin with. Sitting with my Sennheiser 558’s and sifting away with Boards of Canada or Pink Floyd playing on my phone is the dream, and it’s one that’s yet to happen.

As you might expect, a headphone jack that provides excellent sound quality is one of my most wanted features for the Pixel 3. If Google opts to keep a jack out of the picture, which they most likely will, then good sound quality through the adapter is what I want.

I’ve read mixed things concerning the audio quality through wired headphones on the Pixel 2, so hopefully Google can bring things up to par with stronger contenders in the audio arena.

With Samsung’s latest ad drawing in on the Note 9’s battery, it would be nice to see smartphone manufacturers hone in on bigger, more substantial batteries.

I’m not one to lose my composure over a razor thin phone, so seeing a big, juicy battery included in the Pixel 3 lineup would be a welcome addition.

Phones these days are used for much more than communication, and are more like tiny computers used for business purposes, writing, editing, entertainment, and soaking in the world around us with their surprisingly excellent cameras.

Add to this the fact that none of the premier phone manufacturers are including replaceable batteries, and you have one more reason to include a large battery that will stand more firm to the test of time.

At this point in time the Pixel 2, of both varieties, is only available through Verizon when it comes to making a purchase through a major carrier, and its an exclusivity deal that needs to go.

They’re also available to purchase through Google’s Project Fi, but it’s a service that hardly has the broad appeal of giants like Sprint, T-mobile, and ATT.

Its detriment is 2 fold, in that it limits the sales for Google, and makes people less likely to opt for the tech giant’s flagship when they can so easily grab the newest iPhone or a Galaxy S9 through their carrier of choice.

From the outside looking in, it’s always seemed like Google has struggled to make a real impact with their Pixel phones, and it makes limiting their availability to Verizon and Google Fi all the more puzzling.

For many, the design of the Pixel 2 and Pixel 2 XL fell flat. It’s one of the aspects that you simply can’t take away from Galaxy devices for as many quirks you may experience along the way.

Here comes your very first look at the Google #PIXEL3 + a fresh new look at the #PIXEL3XL! (360° videos + gorgeous 5K renders + dimensions (as usual, based upon factory CADs)), on behalf of @mysmartprice -> https://t.co/tnW2qMmgRG pic.twitter.com/q6fasFiVP6

Personally, I didn’t feel as though the hardware for the Pixel 2 was bad, but rather understated. If I were to change anything, it would be a bit less bezel, especially with the smaller model.

I’m still unsure of how I would feel about a notch in the flesh, but at this point it’s all but confirmed to be present. I do hope that Google can provide some utility for the notch as opposed to being a “me too” characteristic following Apple.