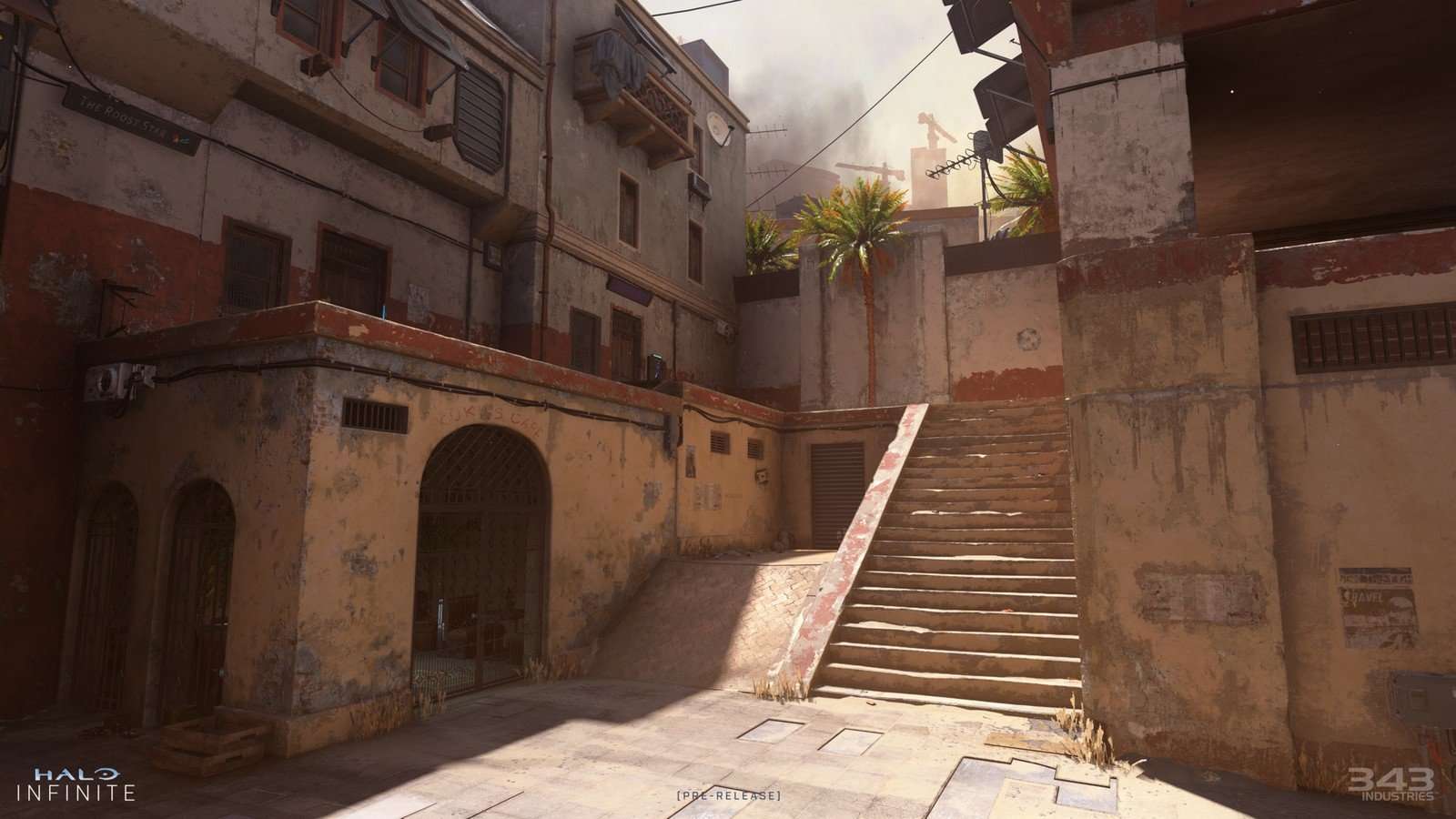 That’s not to say the Halo Infinite beta is without faults, but drilling down the tone and gameplay feel is arguably the most important aspect of making a new Halo release feel genuine. Much of this is thanks to the art, which feels much more rustic and natural when placed against the overly angular and toy like aesthetic of Halo 4 and Halo 5.

But then, Halo Infinite would hardly reach the gaming community at large if it were to cling too firmly to the past. Randomized weapon spawns, ability pickups akin to Halo 3, a greater push for customization, and an emphasis on using the entirety of its diverse new sandbox bring Infinite right up to the fold of modern shooters.

Many are already calling for Battle Rifle starts, alterations to bloom, and more overall rigidity to the sandbox, but most of this is leaning too much into the past. I’m a huge fan of BR starts, but even I’ll admit that it would ultimately stifle Halo Infinite’s unique sandbox.

Most of all, this rigidity would take away from the fun factor in Halo Infinite, especially in Big Team Battle. I can’t help but feel like a lot of chaos would be cut at the knees.

Infinite’s core is without a doubt fantastic, and strikes the perfect middle ground of new and old. But amidst the general positivity is the looming issue of the aiming on consoles. It feels wonky, inconsistent, and works against you. It’s certainly put a hamper on my experience, as I’m sure it has for others.

#HaloInfinite MP Preview PSA: We are definitely hearing feedback around aiming. There are known issues in this pre-release build but this is an area the team is monitoring and will dig into once we have more data from this flight. We'll share more insights when we can.

Thankfully, it’s been addressed. But I sincerely hope 343 can iron out the kinks before release. Destiny, Apex Legends, and Battlefield are a few examples of games that feel just right with the controller. If controls take endless tinkering with deadzones and sensitivity, something is off. Some of the jankiness also bleeds into vehicle controls and general movement, but to a much lesser degree.

Halo Infinite isn’t perfect, but it’s much better than I was expecting. It almost feels like it’s better than it had any right to be. And for the first time in a long time, the excitement for a new Halo is palpable. Here’s to hoping 343 pushes the launch of multiplayer earlier than the campaign.