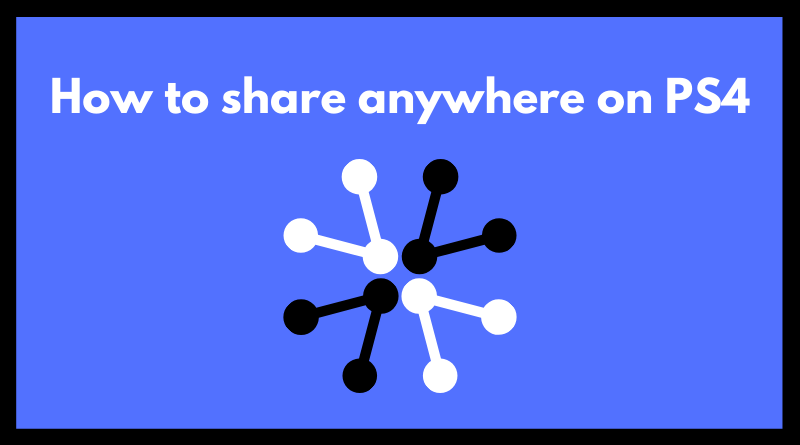 Millions in revenue from playing video games, a tidal wave of shared effort, and countless ways to connect – playing video games in 2020 is no longer just about the experience, but flourishing socially. As it stands, the PS4 is the most popular console of this generation and with this comes the greatest potential to create, refine, and push out content.

PC is the undeniable king of content creation, but since day one Sony has offered a myriad of ways to bring gameplay, streams, and screenshots to others. Similar to the Nintendo Switch and Xbox One, the process has never been easier – simply hit the dedicated “Share” button and you’re off to the races.

Which social media websites can the PS4 share to?

Read on to learn about the capabilities of Sony’s built in share functionality and how to bypass its shortcomings.

These are the websites that PS4 users can share to without any outside help:

Can you use facecam on PS4?

Yes, you are able to use facecam with the PS4’s built in streaming capability by using the official PlayStation 4 camera. Setup is simply enough and Sony offers a helpful guide for those new to streaming.

In order to use a USB camera you’ll need dedicated streaming gear and software (examples include the Elgato and OBS).

Facebook used to be supported by the platform, but this was rescinded in October 2019. The other platforms – Instagram, Discord, Reddit, and TikTok – have never been supported by the PS4’s Share functionality. Even without built in support, there are ways to bypass the PS4’s shortcomings and share to virtually any platform.

The PS4 was with the times when it originally launched in 2013, but it’s since slid backwards as numerous platforms and ways of sharing have reached mass appeal. Thankfully, with a few workarounds, pushing and uploading content to just about any platform is possible.

Using a USB storage device as a means of exporting screenshots and clips to your PC is always going to offer the highest quality end result. In fact, since moving and subsequently losing my previous one, buying a flash drive is something I’ve recently done in order to share my own content.

In the case of screenshots, you’ll be able to pull your files in PNG format as opposed to JPEG by simply changing an option in Share Settings. Although PNG offers several advantages, the short of it is that the format offers a higher quality image. JPEG, in contrast, usually results in screenshots looking more compressed. Compressing an already compressed file when posting to social platforms will naturally produce an image that looks quite muddy.

Exporting in this way also makes sharing clips and gameplay relatively painless. At times, the write process when using a USB drive can be slow, but the end result is a file that you’re free to edit, publish, or simply hoard on your PC. Working within the confines of other platforms means you wouldn’t be able to backup your original files on cloud services like Google Drive.

Don’t want to deal with the hassle of a desktop or laptop?

Downloading screenshots and gameplay via the PS4’s built in sharing functionality is by far the easiest way to publish content to places like Instagram, Reddit, and Facebook. You won’t get as high quality of a result as with exporting to a USB drive, but the following methods are dead simple.

One way is through sharing screenshots with yourself by using the PSN messaging system to your advantage. By messaging a friend or a dummy account of yours you’ll be able to save screenshots directly to your phone from the official PSN messages app.

A similar method can be used on Twitter by first sharing directly to the platform from your PS4 and then downloading the screenshot to your phone or PC. You might want to create an account dedicated to tweeting your screenshots so that your main one isn’t spammed to death with screenshots. Just as with messaging, once you have the raw file you’ll be able to upload to any social media platform of your choosing.

You can also share videos on Twitter to other platforms by using one of the various download websites available. SaveTweetVid is one that makes downloading videos embedded in tweets rather easy. Simply:

A similar process can be used with YouTube and may allow you to capture a higher quality video. YouTube videos are generally less compressed than those found on Twitter. Y2Mate is a popular option but you’ll find quite a few others by Googling “download YouTube videos” or similar queries.