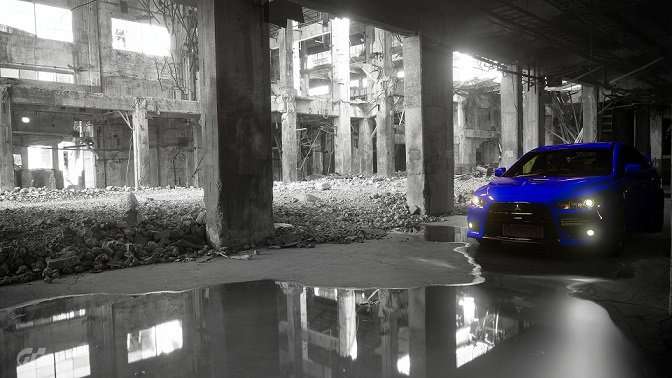 As much as games like The Witcher 3 and Rainbow Six Siege offer rich experiences through sheer content and depth respectively, sometimes you just want to sit down with something that can be enjoyed with minimal effort.

Long winded single player games and complex multiplayer experiences offer players a way dive into an ocean of possibility, but games that you can pick up and play, and generally hit high notes right from the start, are games to propel the industry forward in terms of mass appeal.

And unless a person feels a constant need to err on the side of hardcore games, we’re all, at times, partial to the pick up and play experience.

If you’re a PS4 player itching for this type of gameplay then look below for some of the best options on the system for bite sized play sessions.

The Best Pick Up and Play Games on PS4 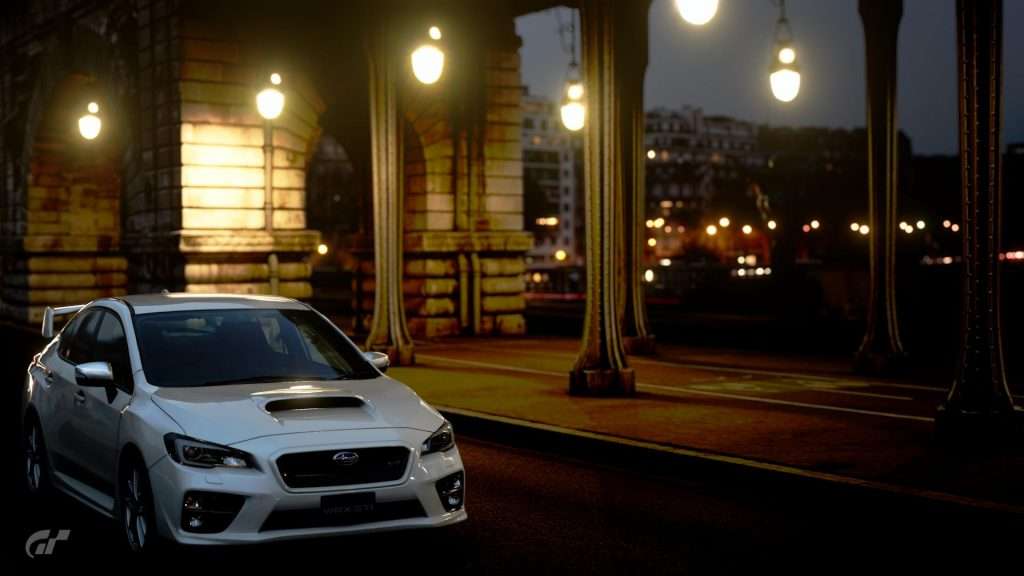 The newest installment in the Gran Turismo franchise gets a lot of flack from some series veterans, but in my eyes, it’s not only one of the best sim racers on the PS4, but also an amazing game to boot up and chill with.

GT Sport had a rough start, but with constant updates it has grown and become rather substantial over time.

Sure, more content is always welcome, but with seamless play with friends through lobbies, a grab bag of single player experiences, and the option to cruise either casually or intently, it’s more than worth it’s now discounted price.

The depth is there if you seek it out, but make no mistake, Gran Turismo Sport is a relaxed and sublime experience if you want it to be, especially with friends. 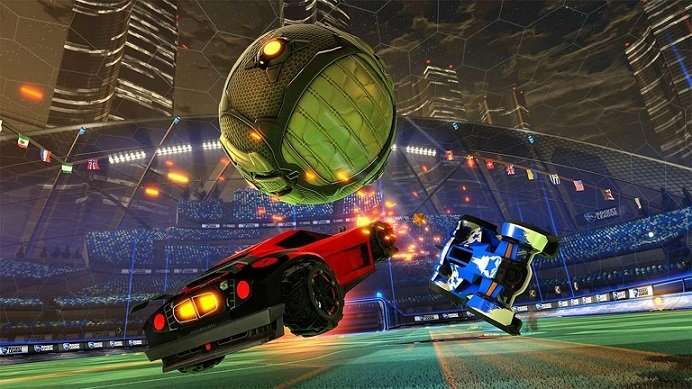 Even though I don’t like Rocket League nearly as much as the million majority, I have to admit, it is the shining example of PS4 pick up and play games.

It is the best game of its kind by default, and is an all around blast when partying up with friends.

If you’ve been out of the loop, Rocket League is essentially soccer with acrobatic, gravity defying cars. Sounds simple, right? It is, but just like GT Sport it can be much more than that. All it takes is a quick look a high level play to see that this game is an exemplary model of what can be done with two hands and a controller with just enough skill.

For the price, you really can’t go wrong with a game that to this day attracts a very healthy playerbase.

It’s absolutely mind bending to think that Fortnite, a game which originally launched to little fanfare, is now one of the biggest in the industry.

The combination of constant updates, shorter matches, exhilarating high’s and low’s, and a free price of entry make Fortnite: Battle Royale one of the best PS4 games to boot up and have endless fun within minutes.

While its absurd player numbers haven’t stood the test of time quite yet, I think it’s safe to say that it won’t be a game that fades into dust by any stretch of the imagination.

Fortnite Battle Royale is free to play done right. There is no pay to win nonsense, and if you do buy in, you get to buy exactly what you want. Fortnite’s Battle Pass is also one of the better microtransaction strategies used in the industry.

The microtransactions are handled fairly in Fortinite, only being cosmetic, so it’s not a freemium or pay to win game by any stretch of the imagination.

Jump in and download Epic’s pop culture sensation from the PlayStation Store for free now. 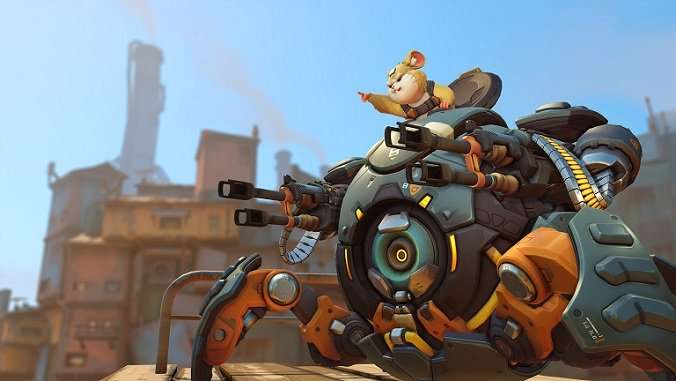 Overwatch, Blizzards’s premier first person shooter, is over 2 years old at this point and still stands as one of the best experiences in the genre.

Blizzard is regularly adding content, the player base is solid, and with the introduction of an official eSports league, the buzz is as strong as ever.

And that’s the great thing about the casual friendly hero shooter, it’s an FPS with not only a dedicated competitive playlist, but also tons of casual modes as well.

Finding games on the PS4 is not a problem at all, and since it’s Blizzard you can put money on the fact that Overwatch will be supported with new heroes, maps, and modes for years to come. The game does have microtransactions, and they are in the form of lootboxes, but in no way do they affect gameplay.

Overwatch is a game that can be played for a match or two, or for hours on end, and with respect to pick up and play games, what’s more to like?

While Diablo 3 does have the propensity to suck players into an endless void, it can absolutely be enjoyed casually.

It’s an amazing game for relaxed sessions in that way – you can shut your mind off and play as little as you’d like, all the while slaying demonic creatures in search of the most important thing in life, loot.

If you’re not familiar, Diablo 3 has you isometrically kill creatures while progressively getting more powerful through gear and abilities. The ultimate driving force behind your power is that of loot.

Loot will supply you with the gear you need, amplify abilities, and tweak the entire build of your character. It’s the epitome of an endless chase, and with rarity levels tied to the loot that drops, you’ll almost always feel satisfied with your progression.

This also happens to be one of the best couch coop games on the PS4, and its online multiplayer is nothing to sneeze at either, providing a foundation for the ultimate chill experience.

Are you all about loot chases, couch coop, pick up and play, constant progression, and just enough depth for when you’re in the mood? Dive into the oddly inviting hellscape that is Diablo 3.

See what all the rage is about before Spelunky 2 makes its way to PS4.

This gem of an indie game made huge waves back in 2014, when it was released for PS4, and it’s just as relevant as ever for those who are in search of bite sized play sessions.

Spelunky, at its core, is a roguelike platformer that utilizes procedural generation (levels are randomly generated).

It’s an amazing game to pick up and play for small periods of time, but if you’re not someone who is open to a challenge, you may want to skip this one.

The Spelunky experience is one of the best in its genre, and one almost anyone should try out.

And with Spelunky 2 on the horizon, there is no better time to jump in. 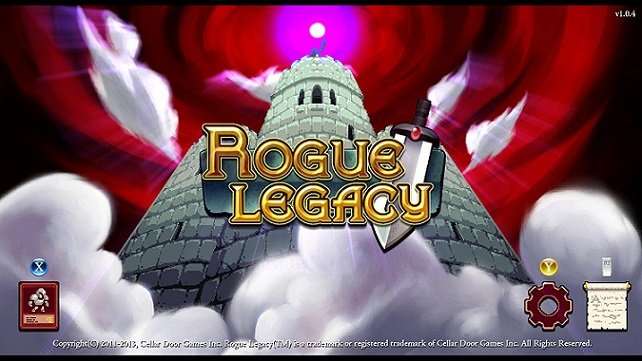 Rogue Legacy is another strong PS4 indie game that, while challenging, is perfect for quick sessions.

It has the meat to suck you in for long periods of time, but it’s also great at making you feel as though you’re making progress even if you choose to play for 20 minutes at a time.

Like Spelunky, this is a roguelike platformer that employs procedural generation. The big difference, however, is that with Rogue Legacy has you strive for continual upgrades to your character.

It kind of gives the game an RPG feel of sorts in this way, and it’s the aspect that makes it perfect for a quick run or two.

Putting aside all of the vitriol for the development of the franchise, Destiny 2 is absolutely a great game to play if you want to hop on your PS4 for a shorter session.

Bungie, the developer of the Destiny franchise, pretty much started the infatuation with FPS MMO-lites this generation, or shared world shooters as they prefer, and truthfully, it’s an all around blast to pop aliens’ domes, collect loot, and repeat the cycle all over.

Bungie has made a lot of strides recently with respect to refining the Destiny 2 experience, and with the Forsaken expansion just over the horizon, it’s a great time to hop into the Destiny universe.

Truthfully, the most fun is had when playing with friends, but you’ll be able to enjoy most activities solo thanks to matchmaking.

Jump in now and enjoy the soon to be free multiplayer update.

It’s astounding to think that an indie game developed by one person would receive free and constant updates over 2 years after release in a world filled with broken launches, and empty promises. That game is Stardew Valley, and to date it has sold over 3.5 million copies.

As simple as it may seem, there’s a whole lot to do in the world of Stardew Valley. Working in tandem with a highly rewarding gameplay loop, there’s a backbone of simplicity that makes this farming/life sim one of the best pick up and play games on the PS4.

With a cheap buy in and multiplayer coming soon to all platforms, this passion project of a game is worth a closer inspection by not only fans of Harvest Moon and Animal Crossing, but all players who enjoy a devilishly charming experience.

Other Great Games for Shorter Sessions

One of the best side scroller beat em ups in recent memory. Originally released for the PS Vita, Atlus’s classic is now available to PS4 players.

It’s GTA. At this point most people moderately into games have multiple copies, as seen by its chart topping sales to this day, but if you’re one of the few who hasn’t dived in, give Los Santos a visit.

Some of the best modern and purist 2D platforming money can buy, and arguably, better than the one true king, 2D Mario.

Often cited as lacking content at launch, Street Fighter V: Arcade Edition adds what many have been longing for, meaty single player content.

Climb the ranks online or learn your place as you’re sullied by the easiest difficulty setting.

One of my personal favorite racers of all time and in the running for most underappreciated PS4 exclusive, Driveclub hits all the right marks as an arcade racer.

Even with the advent of Gran Turismo Sport, it still utilizes the best form time trial leaderboards on the system.

One of the last of its kind on the PS4, and incredibly charming to boot. Ratchet & Clank does feature some story, but it’s light, and the bulk of the game is messing around with absurd weaponry.

Pixar-esque art style, out of this world weaponry, and great gameplay. That’s all you need to know about this re imagining of the historic PlayStation franchise.

Don’t see one of your favorite pick up and play games for the PS4? Give a shout in the comments.