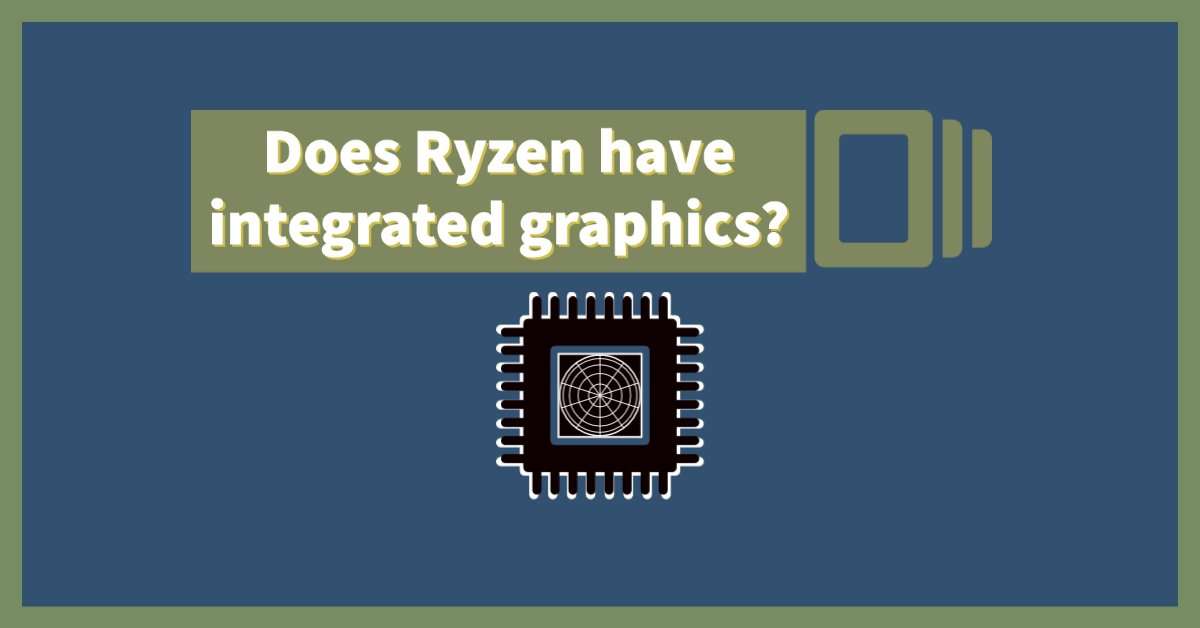 Which AMD CPUs have integrated graphics?

Nearly all “G” variants of Ryzen CPUs include integrated graphics and will not require the use of a dedicated graphics card to play simpler games like CS:GO or League of Legends.

The latest of the bunch include:

Earlier iterations of the lineup include CPUs such as the Ryzen 3 3200G and Ryzen 5 3400G. There are even earlier models like the Ryzen 3 2200G but this generation has mostly moved on to the used market.

Do laptops with Ryzen CPUs have integrated graphics?

Yes, in fact every Ryzen mobile CPU features integrated graphics (as per the official processor specifications page). This contrasts the situation with desktop models as most laptops are a what you buy is what you get type of situation.

Ryzen laptops are less common that their Intel counterparts, but have been sneaking into more models recently. What you’ll often see is a Ryzen variant of an already existing gaming laptop. One popular option on the market is the Acer Nitro 5 with a Ryzen 5 processor and GTX 1650. I own an older Intel variant of this model and, apart from wonky USB ports, it’s been a mostly great experience.

Check out the latest mobile AMD APUs (CPU with integrated graphics) to see where to company’s efforts stand in terms of gaming without the need for a dedicated GPU.

Console manufacturers like Sony and Microsoft have also taken advantage of a custom AMD APU design for for some of their systems. The recently launched Xbox Series X|S and PS5 are the latest to use this sort of custom iteration of integrated graphics.

In addition to the next-gen consoles, AMD’s work can be found on the PS4 and Xbox One.

Interestingly, AMD’s latest desktop APUs (Ryzen 4000 Series “Renoir”) are more powerful than the original PS4 and Xbox One. The most powerful of the bunch offers 2.15 terapflops of GPU power.

It’s not unlikely to think that we could reach a place where discrete GPUs won’t be required for the majority of PC titles.

Which games can you run with Ryzen integrated graphics?

You certainly won’t be playing demanding games like Cyberpunk 2077 comfortably, but you can definitely eek out playable performance in some AAA titles.

Where Ryzen integrated graphics will really shine is with low spec games like CS:GO, League of Legends, Minecraft, and Valorant.

If all you’re looking to play are lower end titles you should have a great experience choosing a modern Ryzen APU either permanently or while you wait to upgrade to a discrete GPU.