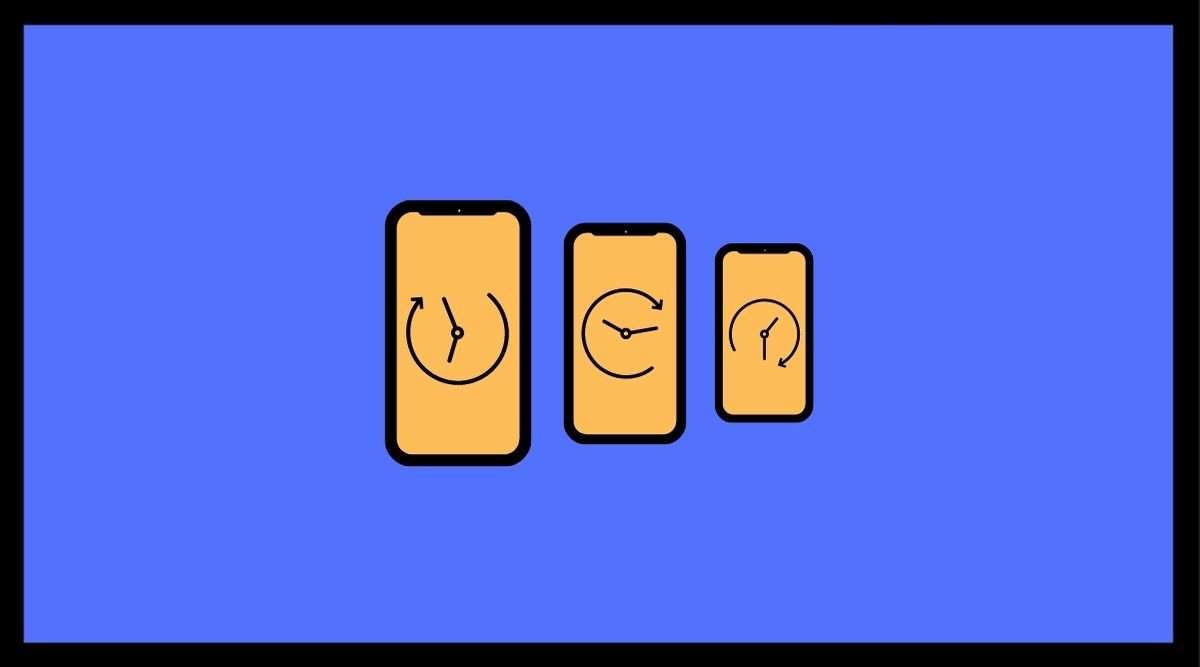 With flagship phones regularly pushing $1000 it’s no wonder why sales have started to stagnate while people strive to hold onto their devices as long as possible. Features like high refresh rate displays, quad camera setups, and foldable screens are all novel, but they’re ultimately things the majority can go without.

Phones, much like laptops, have reached a point of maturity where more isn’t necessarily better in terms of price to performance. From casual gaming to productivity, most devices are plenty capable of taking on today’s modern demands.

And if you’re like most consumers, you’ve begun to see this when stacking up your own device against the flash of advertisements for upcoming hardware. Even still, it’s natural to wonder exactly how long – whether the latest iPhone or dated Samsung – you can expect your phone to last.

Thankfully, as long as your device is relatively modern, you can go a good while before you’ll need to upgrade.

Put simply, modern releases pack in hardware that is overkill for most individuals. Whether it’s Apple’s latest Bionic chip or the Qualcomm 865+, today’s CPUs have the power to drive mobile browsers, games, social media apps, and messaging apps ten times over.

Make no mistake, each iteration of new mobile SoCs improve things like speed, AI, and image processing, but for most users it’s never going to be an issue when all they’re doing is using Facebook, Chrome, and iMessage.

This means that, with proper care given to the phone, a new device should maintain adequate speed for at least 2-3 years. In most cases, battery degradation will rear its head before noticeable declining speed does.

Speaking from personal experience, this has rung true while using the OnePlus 6. I purchased the phone in 2018 and it has remained, for the most part, incredibly snappy 2 years later. I can see the device remaining perfectly usable and fast for at least another year (2021).

The only issues I’ve run into are intermittent (but severe) frame drops and a decrease in screen on time.

There are, however, several factors that will dictate the overall user experience when holding on to a device for an extended period of time.

Unlike Windows 10 PCs, smartphone users do not receive an indefinite amount of support. Why is this important? It not only dictates the level of security your device receives, but also the amount of new OS level features you’ll be able to enjoy.

Both Android and iOS expand their core functionality every year. Unfortunately, not every device is able to take advantage of the new features.

Simple quality of life updates may not be of interest to a lot of users, but regularly security patches should be of interest to everyone. Many people use their phone more than a computer and a large amount of personal date – financial, biometrics, health, interests, communication, work, and so forth – is kept within. Safeguarding personal information is everything in a world where data is valued so highly.

As things currently stand, Apple is the best manufacturer in terms of long term support. Buying an iPhone today means that you’ll receive 5 years of updates for free.

On the Android side of things, OnePlus and Google (Pixel) have the best support with 3 years of updates. Samsung, despite pushing devices that cost over $1000, only offered 2 years of updates in the past. Recently, with the announcement of the Galaxy Note 20, the company has vowed to offer 3 years of OS updates for the Galaxy S10 and beyond.

In many ways, the battery is the ultimate bottleneck to the smartphone experience. Devices released within the last 2 years are more than enough for even the most challenging computational tasks of today, but battery degradation is something that makes all of it a nonstarter past a certain point.

And it’s not just the capacity (mAh) one has to worry about when purchasing a new phone, different devices put out varying levels of battery drain. This is only compounded when taking into account new updates released for older devices. Bad optimization can bring a once long lasting device to its knees.

But there are also things that you can do to offset unnatural degradation – namely avoiding charging overnight, constantly leaving your phone on the charger, and avoiding fast charging where possible.

Following the golden ratio of charging percentages can also help, but it also takes away from the enjoyment of your phone and adds unneeded stress.

Prolonged periods of abnormal heat caused by intensive tasks like gaming can also shorten the lifecycle of your battery.

As a OnePlus 6 owner, a battery replacement would only cost me $9.20 (at the time of this writing).

Another way to extend the life of your battery is to replace it entirely. In some cases, this will be exponentially cheaper than replacing a device outright. Apple makes this rather seamless and some Android manufacturers like OnePlus offer an incredibly affordable battery replacement service.

If you don’t want to deal with the hassle of servicing your phone, investing in a power bank or battery case is another way to extend the life of your battery indirectly.

Something that a lot of us tend to do – and I’m just as guilty of this as the next person – is load up our phones with anything and everything. Apps, images, videos, games – in 2020 the market for smartphones is well mature and ready to inundate you with distractions.

There are game changing apps on both iOS and Android, but it’s also easy to fall into the trap of downloading a billion apps and games (and never touching them after the initial install).

This will not only cause navigational clutter, but also junk files. The chance for incompatibility and bugs also increases.

Regularly culling unused apps and taking advantage of cloud storage services like Google Photos is a great way to stop your storage space from becoming overwhelmed. In the case of photos and videos, you’ll usually run into some form of compression when dealing with a cloud storage service, but algorithms have gotten to a point where it’s almost indistinguishable for most users.

If you’re looking to keep a phone for at least 3 years, there are a few specs to keep in mind when shopping in order to ensure the device ages as best as possible.

Opting for smaller 64 GB variants of an iPhone or Android device may be tempting when trying to cut down cost, but realize that playing the game of storage management is both endlessly annoying and can potentially cripple device stability. Most modern smartphones also don’t ship with an SD card slot making storage expansion impossible.

The battery of your next purchase is also something you should keep a close eye on. Not only is the capacity important, but also how it’s performing for users and critics. Heading over to places like reddit is a good way to gauge real world usage (to a degree).

Looking to past battery performance of a manufacturer – Apple, Google, OnePlus, Sony, Samsung, and so forth – also helps to contextualize the bigger picture. Battery life is very different when comparing the date of purchase to 2 years of ownership.

Thankfully, even budget phones are shipping with great CPUs, type of storage, and decent amounts of RAM these days. The 2020 iPhone SE packs the same processor as the iPhone 11 Pro Max and the Pixel 4a, Google’s answer to the thirst for a pared down phone, will ship with 128 GB of UFS 2.1 storage, 6 GB of RAM, and a Snapdragon 730G.

The temptation to spend the equivalent of a mortgage payment is always there with yearly high end devices, but this year has shown us that you don’t have to spend big in order to have a solid experience.

Between the Pixel 4a, iPhone SE 2020, and OnePlus Nord, jumping into the realm of flagship devices only makes sense if you value bleeding edge tech or are a power user. Sure, you’ll miss out on resistance ratings, wireless charging, face unlock, quad camera setups, and so forth, but you’re never going to struggle with basic daily tasks even you’re using a phone that’s a few years old.

As consumers become more price sensitive and aware of the shortcomings of expensive releases, it will be interesting to see how manufacturers like Apple, Google, Samsung, and OnePlus continue cater to an emerging market.