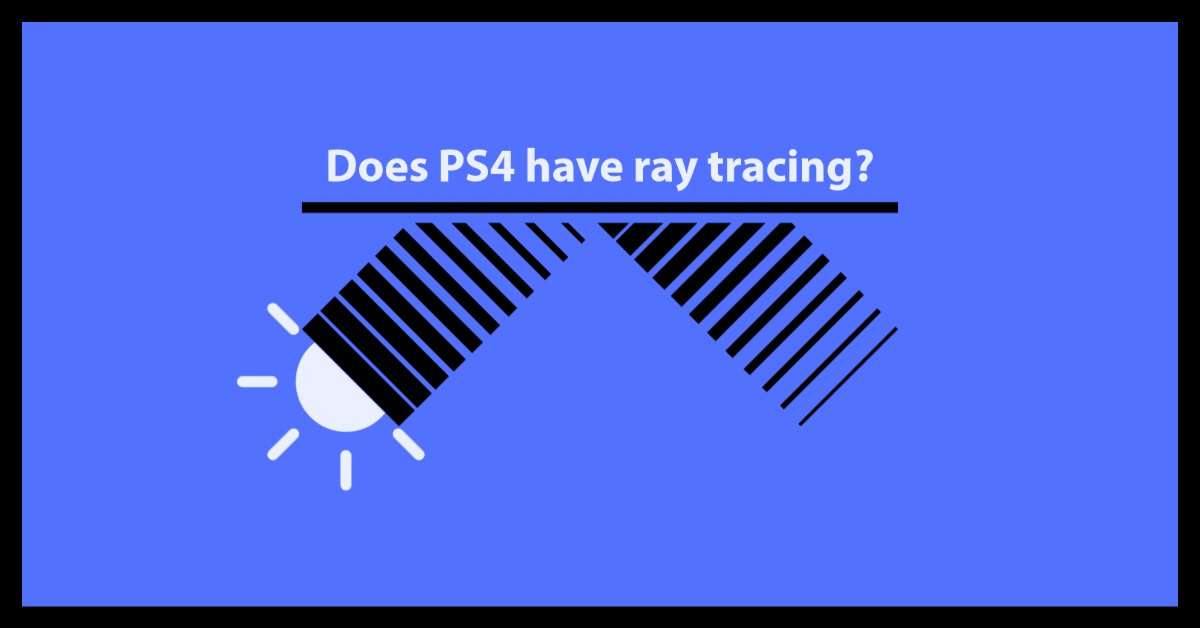 Unfortunately, the PS4 does not have ray tracing

If you’re someone who’s heard of or seen the eye candy that is ray tracing, then you should know that you aren’t missing a potential toggle on your PS4. Games on the system do not have this feature and there is no way to turn it on.

That is, it’s absent in all but one game (and one must have a PS4 Pro to take advantage of it). If current and future titles with ray tracing are important to you, then the PS4 is hardly the place for it.

As nice as it would be to have ray tracing on the PS4, it’s not exactly something that can be backported to the system. Consoles like the Xbox Series X|S and PS5 were specifically designed with certain graphical features in mind.

In addition, next gen systems are equipped with the power necessary to drive the feature reliably. Truth be told, it’s a very intensive process.

Both the PS4 and PS5 are built with AMD hardware, but it’s Sony’s latest system that pulls ahead in dramatic fashion. Even with all of its improvements, ray tracing still remains a fledgling technology that is sure to mature over the lifespan of the PS5.

Not even the Pro

The original PS4 and PS4 Slim have near identical hardware and, as a result, are significantly below any sort of threshold for meeting the requirements for ray tracing.

But it’s worth noting that the PS4 Pro, despite its advancements, also is not capable of the feature.

Coming in at 4.2 teraflops, it sits far behind the PS5’s 10.28 teraflops, and is even weaker still when matched up to its proprietary SSD and CPU gains.

A handful of titles show the potential of ray tracing on the PS5, but there’s still plenty of room for growth and evolution (especially from first party studios).

If my time with Astro’s Playroom on the PS5 is any indication, it’s a large aspect of the “next-gen feel”. Its ability to serve depth is something I hadn’t quite experienced on the PS4. And unlike Sony’s advanced haptics, it’s something that is sure to be more broadly implemented.

Is it something worth buying a PS5 for?

Maybe not solely, but it’s one of the things that makes the upgrade worth it. In time, it’s breadth will make it something of a sticking point.

Some of the most prominent examples at this time include:

There’s no denying that ray tracing has made the transition to next gen tangible, but it’s also just getting started and it doesn’t come cheap. As with Control’s toggle between 60 fps and ray tracing, expect to choose between fidelity and frame rate.