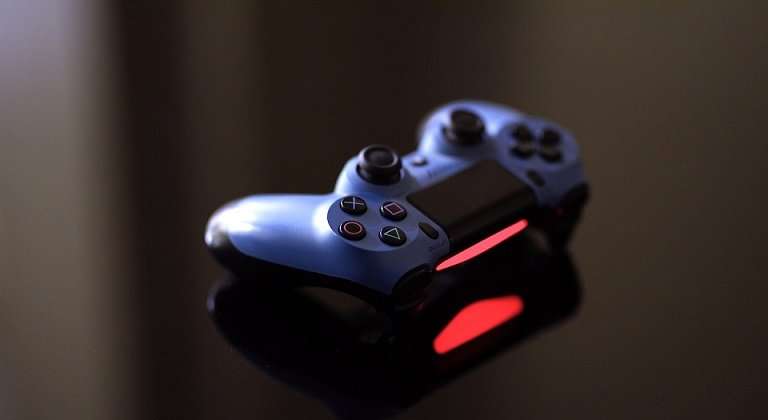 You can’t roll into a Best Buy without being surrounded by an array of 4K TVs these days, and truthfully, witnessing a model like an LG OLED is something to behold.

The resolution craze has brought with it an increased interest from gamers to see their favorite games taken to the pixel land of promise.

As a PS4 owner you might be wondering: can it upscale games to 4K?

For owners of the original PS4 and PS4 Slim, the answer is no. In reality, it’s not much to worry about if you already own a 4K TV.

Those rocking the PS4 Pro should note that the console actually does something better than upscaling, instead delivering checkerboard rendering.

Below I’ll dive a little deeper into what all of this means those playing on Sony’s console.

A TV on Your Side

All 4K TVs upscale non native content to 4k. 1080p content is going to look the best compared to 720p and sub-HD resolutions, but the work will be put in regardless.

Own a snazzy new 4k TV? Own any version of the PS4? Any game you play will be upscaled.

Some TVs are going to do a better job of upscaling than others.

A lot of Sony TVs in particular are known for their 4k upscaling reproduction.

A few Sony 4K TVs with excellent upscaling include:

If your TV does a good job of scaling the pixels, then the picture can actually look better than it does on a 1080p set (differences in contrast, color reproduction, and so forth aside).

If this is the case, the regular PS4 can and will look good on a 4K TV (potentially great, even).

And if it’s sub-par, the picture can look noticeably worse.

Upscaling is in direct contrast to another display technology, HDR, something that every single PS4 model is capable of.

This applies to all forms of media playback on the original and PS4 Slim, so neither will upscale Blu-rays, Netflix, YouTube, and so on.

And while the PS4 Pro can stream 4K content, it is both incapable of playing Ultra HD Blu-Rays or upscaling standard Blu-rays.

Upscaling is something that has been around way before the days of 4K, and while it can produce top-tier image quality, it’s never going to compare to displaying native resolution.

People who appreciate a good looking image don’t buy into the 4K game for upscaling, they do it to play games, watch Netflix, and soak in Blu-rays at true 4K.

And this is exactly what Sony had in mind when they released the PS4 Pro, a machine capable of delivering a sort of middle ground for 4K hungry gamers.

In games that support it, a technique called checkerboard rendering is used to create an image that, while not exactly native 4K, is far more visually impressive than upscaling.

What is checkerboard rendering?

In simple terms, it’s a technique built into the PS4 Pro hardware that allows it to make a more accurate approximation of a native 4K image upon reconstructing the original resolution.

It is also designed within the console to create less of a performance footprint when utilized.

For a more in depth look at checkerboard rendering there’s a great article by Engadget with choice quotes from Mark Cerny, the lead architect of the PS4 Pro.

Some games are capable of being displayed at native 4K on the PS4 Pro, but the overwhelming majority of games marketed with a 4K mode use checkerboard rendering.

A few PS4 Pro games in native 4K include:

In person, it’s easy to see that checkerboard rendering looks much better than a simple 4K upscale, and for some, is indistinguishable from true 4K content.

If you also happen to own an Xbox (Xbox One S or Xbox One X) then it’s worth noting that both consoles feature a built in 4K upscaler.

This will be more relevant to owners of the Xbox One S since it isn’t capable of reconstruction techniques or native 4K.

Many have found the the quality of the upscaler to be quite good, creating an image that is clearly better than 1080p.

Keep in mind that you don’t turn the Xbox’s upscaler “on” or “off” as it’s a function that’s ingrained in the hardware.

And for those who play on the Xbox One X, you’re dealing with a machine even more powerful than the PS4 Pro.

Rockstar somehow managed to get Red Dead Redemption 2, one of the best looking games of all time, running at native 4K on it.

And with the transition towards the PS5 and Xbox One 2, I’m sure we’ll see many more games achieving native Ultra HD. The engineers at Sony and Microsoft are sure to improve upon checkerboard rendering as well for those games taking the middle road.

How important is 4K gaming to you? What about 4K content in general? Let us know in the comments below.