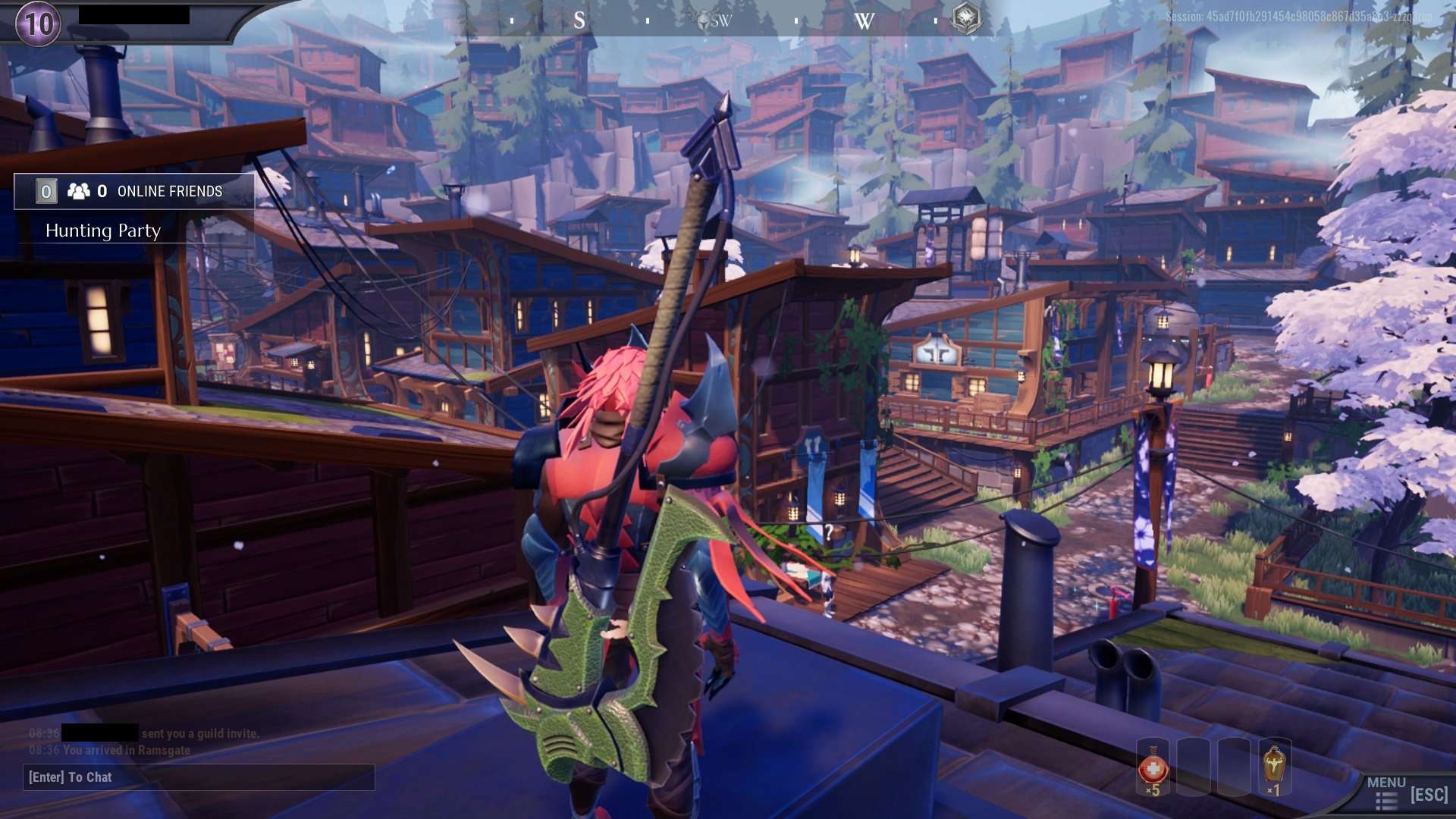 Dauntless, a free to play hunting game, has stood out as many things these past few days – simple, to the point, and almost entirely out of reach.

Among my limited time with the game, nothing has been made more clear than the thirst created by a wall of filled servers and queues in the tens of thousands.

I had known of the casual cousin to Monster Hunter for some time, but it was really the small and rocky glimpse during the first day or so that reeled me in.

From reddit to real life friend, the people are clamoring to get in on what little they’ve experienced, and as the turbulence begins to settle, Dauntless is poised to become a breezy summer distraction.

As someone with over 60 hours in Monster Hunter World, I soon realized that Dauntless, in many ways, exists in its own little bubble.

Many of the trappings of Capcoms blockbuster are here, but they’ve also morphed into something a little less weighted by meticulous backbone.

Everything in Monster Hunter, down to menu navigation, always embodied a sense of complexity.

Dauntless has hit the ground running – Phoenix Labs has announced that the game has garnered 6 million players in the first week.

For better or worse, it’s what exposed those most loyal to a near endless chase of pursuits, triumphs, and upgrades.

Dauntless, in contrast, allows the player to jump into a fight in just a few button presses.

The lack of push for critical thought can be almost alarming for someone who’s played its labyrinthian older sibling.

And above all, this is what will ultimately decide its fate.

A game with very few licks of friction is a game primed to attract miilions, but it’s also something that, sooner or later, leaves the experience filled with the disillusioned or empty all together.

One look to vanilla Destiny 2 shows just how crippling a distilled casualization of an already streamlined franchise can be.

Nuance by the wayside

The combat of Dauntless is mostly serviceable, if not quite a lot of fun at times, and this may be all it ever needs to be.

I’m currently at what I would consider the mid game, and while the difficulty has slowly progressed, I wouldn’t consider the combat to bring a sense of mastery in the making.

During my time with the original Dark Souls, Bloodborne, and Monster Hunter World, there was always something organic about the fighting.

Even tutorial tier enemies in these games brought about an out of body experience type experience – always observing and slowly improving.

Sure, most combat in video games boils down to player and monster move sets meshed with a physics model.

But it’s the tens of thousands of hours that designers pour into the finer details that separates combat that serves an end goal, and that which shatters the barrier between screen and player.

Dauntless, even when I’ve reached gear check Behemoths like Embermane, has felt more like exploitation rather than threading the needle as far as combat is concerned.

And while I’m sure difficulty will increase substantially come end game hunts, a friend of mine, and Monster Hunter World veteran, put a sub-concious feeling of mine succinctly – “It doesn’t actually feel like I’m improving.”.

What Dauntless does right

It may seem like I view Dauntless as a half-step hunting game, and to some extent, it’s true.

In many ways, the team over at Phoenix Labs would be best served by continuing to carve out their own hybridized genre.

But there are quite a few things the game does exceptionally well thus far:

Once the servers begin to settle, I believe two of its greatest strengths will be the implementation of matchmaking and crossplay.

These two aspects, especially crossplay, will almost guarantee that Dauntless will always come packing with a serviceable community size, and it’s the reason why I think the feature is the future regarding cooperative games next generation (do it Bungie).

Right now, as Iceborne edges towards the horizon, I don’t believe this is the game to convert Monster Hunter World loyalists.

Rather, it fits a very specific mold – an easy going game to periodically check back with during content drops and fits of boredom with other games, while also maintaining a loyal following.

It’s also the perfect outlet for even an ounce of curiosity.

For as well as Monster Hunter World sold, it’s still very much a niche genre.

If any game is going to entice those that traditionally only play mass market genres, it’s going to be the game that looks like Fortnite, is free, and makes even a bumbling player feel unstoppable.

Will it catch lightning in a bottle? Most likely not.

But if Phoenix Labs manages to produce regular content updates, it’s game that will continue to grow, evolve, and most importantly, sustain both those that stick with it and those that pass by.