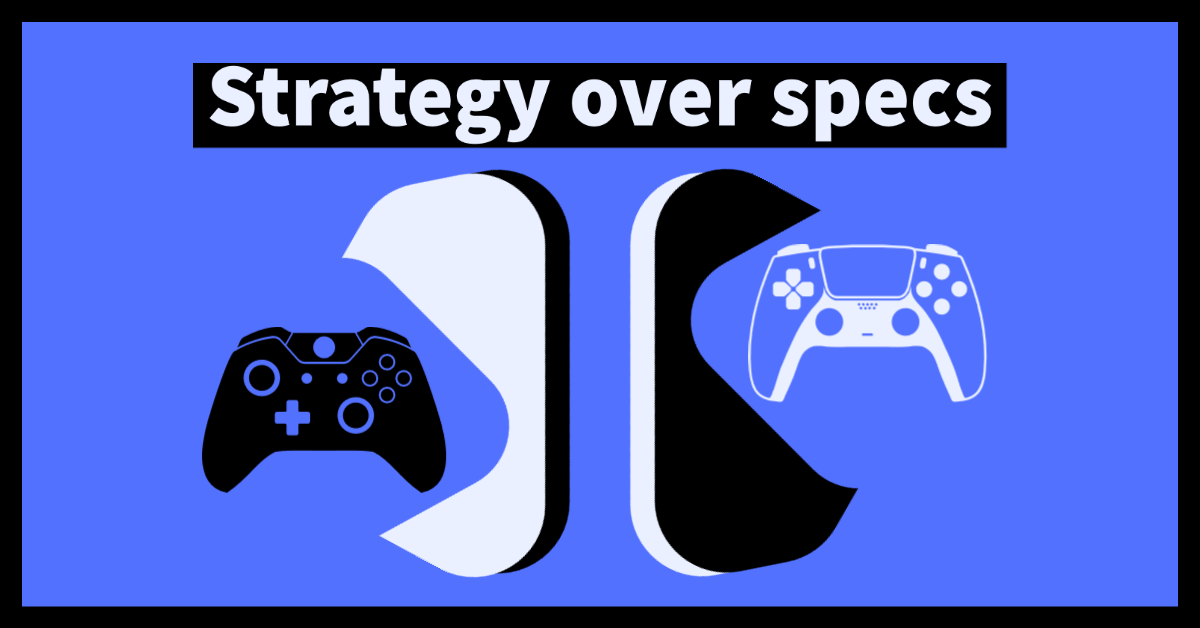 Past generations of consoles seemed to draw in more talk of “secret sauce” and a lack of attention to any particular feature (sometimes to an entertaining degree).

The Xbox division has traditionally excelled at connectivity where Sony tended to push the outer edges of consumer tech like Blu-ray.

Where Microsoft was there to bridge the gap between consoles and online multiplayer with Xbox Live, Sony offered up exciting possibility for AV enthusiasts in Blu-ray support.

As pointless and trivial as it it was at times, it was also exciting to dive into the wackiness of debating the PS3’s Cell architecture stacked against the Xbox 360.

Both companies, for all of their missteps, seemed to be working towards a place of refinement. Just shy of 2022, it seems as though we have finally gotten there with the Xbox series X|S and PS5.

In most aspects, neither company needs to catch up to the sensibilities of modern gamers. Both systems are highly capable and similar in pushing fast, aesthetic, and connected experiences.

And in this similarity, the disparate nature of publishing games becomes more apparent every day.

An echo of the Xbox one and PS4 generation

A step away from exotic configurations and the move towards prioritizing the essence of consoles – games – arguably started with the Xbox One and PS4 generation. Both consoles adopted the more traditional x86 architecture and drew similarity to gaming PCs.

The Xbox Series X|S and PS5 have only solidified similarities with PC gaming. Most utility is there – the only difference being the restrictions that consoles place (for better or worse).

A continuation of x86 architecture and homogenization means that both Microsoft and Sony have had the means of doubling down on new efforts while retaining the successes of last generation with backwards compatibility.

All you can eat

Microsoft’s aim, much like last generation, seems to be an affinity towards services like Game Pass. The service offers tremendous value to players while simultaneously breaking down the barriers of play.

By bolstering it’s catalogue with bold acquisitions of studios like Bethesda, it becomes more and more of a Netflix of gaming as so many have pinned it. Mobile, PC, and every Xbox console players have access to hundreds titles on demand thanks to digital delivery and the cloud.

It helps to have interest in Microsoft first party franchises like Halo, Forza, and Microsoft Flight Simulator, but the value proposition is staggering regardless of the player. There’s a little bit of everything, and for the cost conscious player, all can be had for a very low buy in.

As more and more first party titles see the light of day, Xbox as a platform is the place to set it and forget it. This trend has seen major growth since the inception of Game Pass, and buying into the service doesn’t seem to be a losing bet anytime soon.

Even with a looming price increase, Game Pass offers such variety across indie to AAA titles that it’ll be hard to put down for most. In similar fashion to Microsoft’s enterprise operations, Xbox is everywhere and everything. It’s less about where you play so much as that you’re playing at all and, most importantly, making that process as easy as ever.

As enticing as Game Pass is, Sony hardly needs to ante up its own version. PlayStation Now offers an approximation, but even it doesn’t necessarily need to follow the trend of publishing first party titles day one on the service.

The PS5 is the absolute foil to the direction the Xbox is headed, and it couldn’t be any better for the industry at large. Some have grown jaded to the formulaic third person narrative approach of many Sony games (myself included), but the PS5 continues to be the only platform to get that type of experience at such depth.

Sony also isn’t shy of building out its platforms content – 2021 has been the company’s biggest year for acquisitions ever.

2021 has seen PlayStation acquire more studios in a singular year than it ever has in the past, adding roughly 500 developers to PlayStation Studios globally.

I expect this to certainly continue over the next few years as gaming giants understand content is key. pic.twitter.com/43Mdr8Qbv8

Upcoming AAA games like God of War: Ragnarok, Marvel’s Spider-Man 2, and Horizon: Forbidden West will surely follow past releases in their production value, polish, and loyalty to the single player experience. As much as some of these titles borrow from others in the industry and retread formula, they’re also undeniably the best at what they set out to do.

More importantly, they wouldn’t work as well (or at all) financially for Sony with a Game Pass like approach. Microsoft’s pipeline of new releases could match up to Sony’s catalogue, but the PS5 looks to remain the king of AAA single player games for the foreseeable future.

Growth in either direction

People will always find ways to bicker about specs or lack thereof, but 2021 and beyond is looking like divergence in the best way possible for Microsoft and Sony. Both have stripped away the crud enjoying gaming, and this has made all the difference in bringing their distinct strategies closer to focus.

Games have always been central to the console experience, but it’s now about how to play them that’s become different. Much like how Nintendo has always stood off to the side of Sony and Microsoft, each seems to be pulling away from the other.

Sony still stands as the market leader, but the two offer exciting growth and opportunity for the industry. The PS5 will most likely always be the only place for blockbuster single player experiences, and Xbox will to continue to strive to be a platform rather than a console while stripping away barriers to entry.