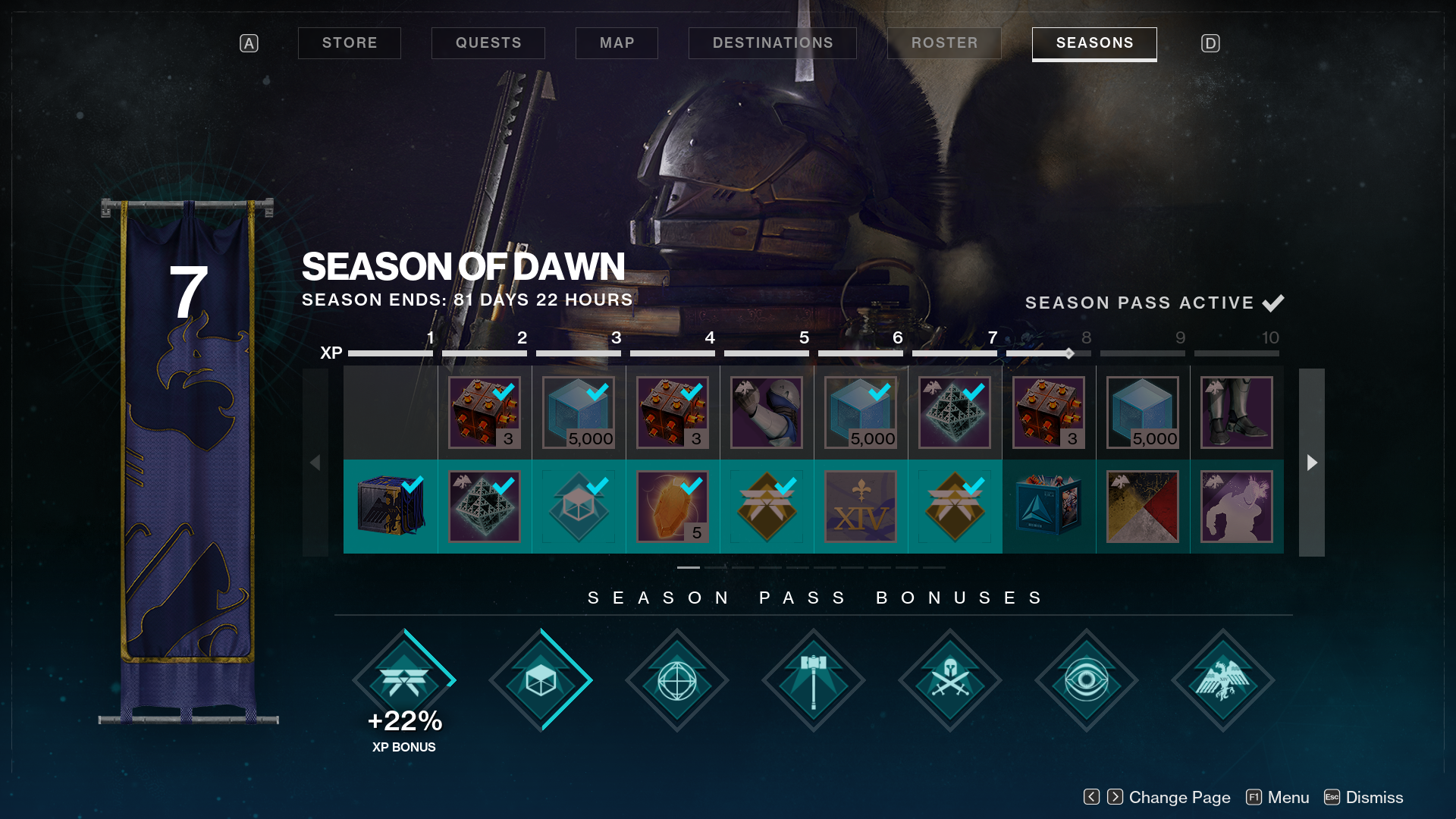 Bungie’s move to independence has ushered in a new era of regular of seasonal updates in lieu of sparse, albeit substantial, content.

While still too early to judge the model as a whole, the change in strategy has made getting exactly what you want easier than ever.

Does Shadowkeep include Season of Dawn?

Forsaken largely overshadowed Shadowkeep both in terms of scope and quality, but Bungie sweetened the deal of the latter by including Season of the Undying with its purchase.

Thankfully, if you’ve held off on Shadowkeep until now you’ll still get the current season.

Right now that’s Season of Dawn (Season 9), but this will apply to those buying Shadowkeep during Season 10 or 11.

In addition to the current season you’ll also get Shadowkeep exclusive content such as:

I recently made the (hesitant) jump and was relieved to find that the premium track was unlocked after buying Shadowkeep during The Game Awards sale on PS4.

The a la carte model of Destiny New Light is a boon for those who’d like to come and go as they please, but Bungie’s messaging still makes situations like this a little unclear.

At the time of buying Shadowkeep, the official FAQ still referenced Season of the Undying.

Season of Dawn won’t unlock/show up after purchasing the latest expansion?

For me, solving this issue was as easy as force closing and rebooting the game on PS4 and I’d imagine it’s the same on Xbox and PC.

Destiny 2 will need to check your license rights when launching and this can’t be done when already in an instance of the game.

As for the quality of Season 9, I’ll need to put more time in before writing up impressions. I held off on buying Shadowkeep, Forsaken, and the current season until all were on sale and there’s an overwhelming amount of things to do at the moment.

From the few runs I’ve done, the Sundial seems to be a pretty fun activity that keeps tension ramped up most of the time. The seasonal Scout Rifle, Symmetry, is also a blast to use.